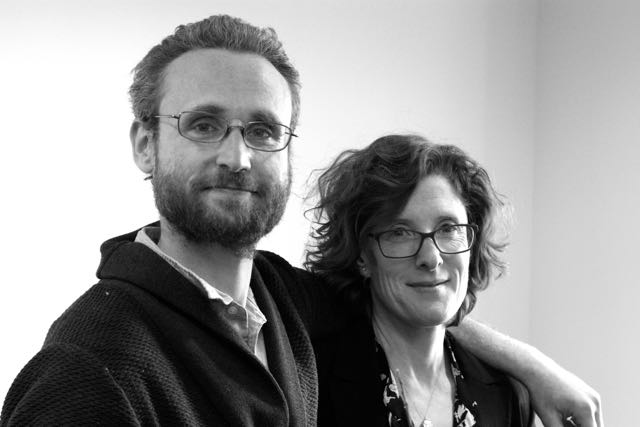 On February 27th and 28th, the University of Toronto’s Literature Department will bring together an interdisciplinary group of scholars to ask questions, tell stories, and initiate conversations about age and the processes involved in ageing. Playing Age is an interdisciplinary symposium that will provide scholars with the opportunity to discuss and flesh out concepts of play and age, and, of course, the connections between the two.

One of the foundational ideas of the symposium relates to the way in which the performing arts “perform or rehearse age.” The conference is also an opportunity to think about how different arts represent age and, at the same time, how they challenge conventional representations of age. Keynote speakers Elinor Fuchs and Margaret Morganroth Gullette will present on Saturday and Sunday, respectively.

Recently, I had the opportunity to chat with University of Toronto (U of T) faculty members and symposium organizers Marlene Goldman and Lawrence (Larry) Switzky about the upcoming gathering. Marlene is a Professor in the Department of English who specializes in contemporary Canadian literature. Most recently, her work has been exploring narratives of illness and the intersections that fall between storytelling and medicine. She’s recently been spending time speaking to clinicians and geriatricians, researching Alzheimer’s, from both a literature and a medical perspective. Larry is an Assistant Professor in the Department of English at the University of Toronto. He is currently completing a manuscript about the rise of theatre directing as an artistic profession from the 1880s through the 1950s. He has also been writing and presenting papers that focus on the capacity of video games, philosophical thought experiments, and live performances to help us differently imagine moral choice scenarios.

Our conversation, rambling in the way that good conversations are, covered a wide range of topics – we discussed the importance of interdisciplinary approaches, the chemistry that occurs at great conferences, the way in which people are always playing and performing age, the vulnerability of young and old bodies, among many other rich topics. Our lively conversation was surely foretelling of the exchanges that will happen at the University of Toronto at the end of the month.

Origins of the conference

In March 2013, Marlene and Larry watched an experimental production of King Lear. The production, which featured prominent Canadian actor Clare Coulter as King Lear, bent ideas of age and gender. For Marlene and Larry, this production of Lear evoked thoughts about what it means to play age—both on and off the stage. Conversations they were having about the play blossomed into an idea for an event that could bring other people into their conversations. Marlene even divulged that her “secret way of learning things is to hold a conference.”

Larry explained that the “relationship between the performing arts and ageing, or how we rehearse age, was one of the entry points of the initial conversations about the conference” and Marlene expanded on this by suggesting the conference will involve a “broad investigation of play in both ritual and make believe spaces.” She explained that her conversations with Larry highlighted the fact that “play” can no longer be limited to conversations about Shakespeare or classical theatre. Through technology, through representation, and through avatars, play has moved, quite dramatically, into mass culture. With hopes of keeping these conversations going, Marlene and Larry decided to initiate the Playing Age symposium, which is one event among several working groups that will be taking place throughout 2015. The symposium has been built around framing questions (found here: https://playingage.wordpress.com/) that invite scholars to explore specific ideas and texts before the gathering in late February.

Why an interdisciplinary conference?

At different points throughout our conversation, Marlene and Larry used a variety of metaphors to talk about the interdisciplinary nature of the upcoming conference. Both of them initially described the conference as a big tent event: an opportunity for scholars from different disciplines to ask questions and pull apart concepts. Later, Marlene elaborated to say: “actually, I don’t think of it as a tent, I think of it as a chemical reaction.” Larry further emphasized the way in which scholars from different disciplines can challenge one another in ways scholars from the same discipline cannot. The symposium includes scholars from literature, theatre, communication studies, sociology, and public health, among other fields. A fruitful pushback happens when scholars from different disciplines are asked to define and explain the concepts they use. This pushback becomes increasingly beneficial when scholars from both the sciences and the humanities are welcomed into the conversation. A goal of this interdisciplinary conference will be to make tiny interjections across the disciplines. Not only will the outcomes of these “tiny interjections” shape future research, they will push the young and growing area of age studies forward.

Building from an understanding that age studies is a burgeoning area of study, Marlene and Larry both suggested that critical theory in ageing studies is at a forefront. Similar to the way in which critical theorists in feminism’s early days were working to carve out new concepts and theoretical territory, age studies theorists are currently establishing new concepts. In the past few years, new organizations have come to formation (NANAS, ACT, ENAS, for example).  Journals dedicated to age studies are also opening up. Expanding on this, both Marlene and Larry emphasized the challenges of trying to build a critical discourse amidst a culture of repression: how do we best build a vocabulary for ageing within an age-phobic, youth obsessed society? Marlene referred to the work of Stephen Katz, Paul Higgs and Chris Gillard, among others who are contributing insightful critical work to the domain of age studies. In a field as complex and important as age studies, an interdisciplinary approach will contribute best to building a rich vocabulary and working through critical, creative methods.

Playing age – on and off the stage.

One way to understand the concept of playing age is to put the emphasis on play. An outcome of the growing dominance of mass digital culture is the shifting and redefinition of concepts of play. In fact Mary Flanagan, who recently was a guest speaker at a working group also called “Playing Age” that meets monthly at the University of Toronto, runs a gaming lab named Tiltfactor out of Dartmouth. Her work looks at the relationship between older adults and games. Larry’s work, particularly his work on gaming and ethics provides different angles into the ways we can think about playing age. Referencing the research of Mary Flanagan, Larry pointed out that the fastest growing population of ‘gamers’ is actually composed of older adults – not teenagers, as many might assume.

Themes around playing (or performing) age in our every day lives also appear. One of the fascinating areas Marlene explores in her research relates to the way in which we become strangers to our own bodies and our physical features as we age. Writers have discussed the phenomenon of “seeing the stranger in the mirror” which, Marlene explains, is a phenomenon that happens when we feel a certain age but look another. She expanded on this, saying that there is often a contradiction between how you feel and how others read your body and your chronology. In simple terms: “you feel 17 but you catch yourself in a shop window and you see a reflection of an old hag: you read yourself as a stranger.” To further expand, Marlene added that she is interested in further exploring the strange alliance between ageing and shaming: why do we have a sense of repulsion and disgust? Arguably, ageing studies scholars are carving out a space in critical discourse that can pull apart these socially bound feelings and reactions. Hopefully, to make room for conversations that can incorporate the complexities of ageing while also confronting the prejudice, stereotypes, and the processes of shaming mentioned by Marlene.

While the conference will certainly bring together a lively group of scholars, it will also become part of an important foundation for age studies – a foundation that is presently changing the way we think and talk about age.

There are no upcoming events at this time.
Playing Age Symposium to be held February 27-28, 2015

Ageing (with) animals
Scroll to top