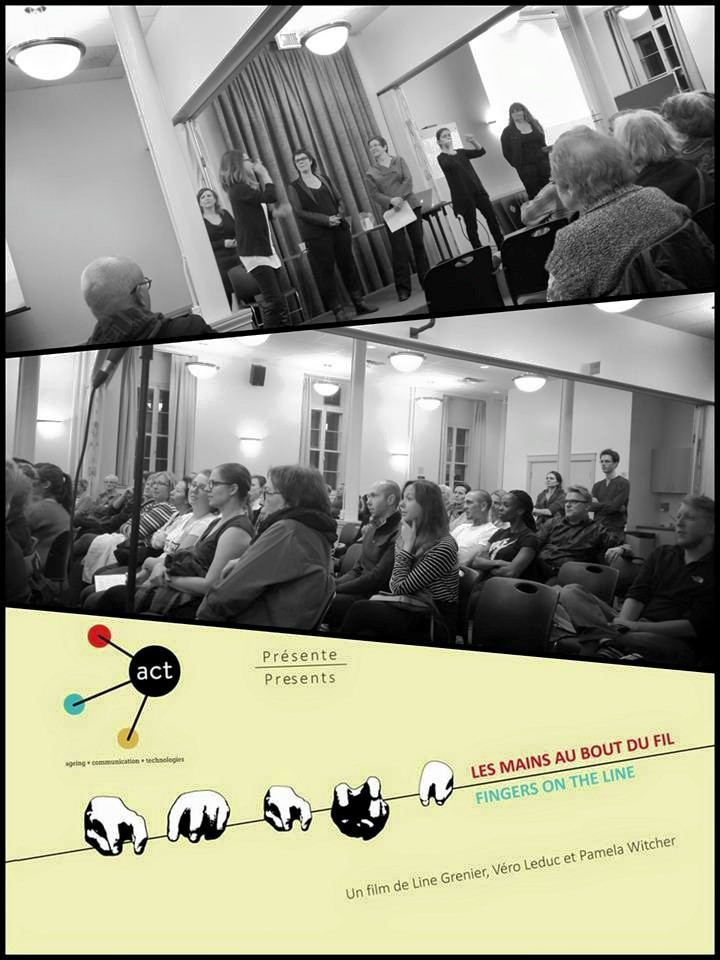 “Fingers on the line,” a short film by Line Grenier, Véro Leduc and Pamela Witcher, won the the prize for best short documentary film at the Toronto International Deaf Film & Arts on May 27, 2017. The film explores some communication technologies of yesterday and today, and brings to the fore some reflections on technologies and ageing from deaf seniors. “Fingers on the Line” is part of the ACT-funded research-creation project Les aînés Sourds et la technologie, and has been screened as part of various events Montreal and beyond. You can view the English version of the film here.

During the same festival, affiliated researcher Véro Leduc also won a prize for best experimental film for the “C’est tombé dans l’oreille d’une sourde,” a film she created as part of her recently completed PhD project.

There are no upcoming events at this time.
ACT at Congress 2017