Communication technologies of yesterday and today: Reflections of Deaf seniors

This exploratory research focuses on the intersections between ageing, technologies and Deafhood through interviews with Deaf seniors. Coined by the Deaf researcher Paddy Ladd (2003), the concept of Deafhood allows us to focus on Deaf people rather than on deafness as a disease or a mere physical condition.

Adopting a critical stance regarding the conceptions of ageing as deterioration, dependence and decline (Katz, 1996; Laliberte Rudman, 2006) and of deafness as a lack or an incapacity (Bauman and Murray, 2014; Ladd, 2003), our research addresses the following questions:

• Given the technological developments of hearing aids – considered by the medical system as a progess but criticized by many Deaf who identify it as an attempt to convert them into hearing people (Edwards, 2010) – what are the reflections of Deaf seniors who have known many of these technologies during their lives?

• Considering technology as one of the mediations of ageing (Sawchuk, 2013)—this “plural” process (Charpentier et al, 2010) is also mediated, lived and performed differently depending on social class, sexuality, language, gender, physical dis/ability and ethnicity in particular—what are the challenges and peculiarities Deaf people live, especially in the digital age?

We offer a reflection based on a 10-minute video produced from interviews in Quebec (LSQ) and American (ASL) sign languages conducted with four Deaf seniors. Subtitled in English and in French, the video will be available in Spring 2015. 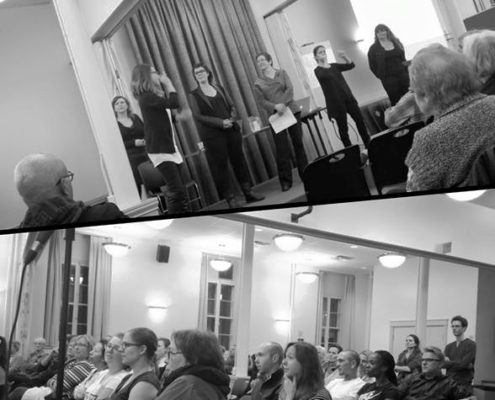