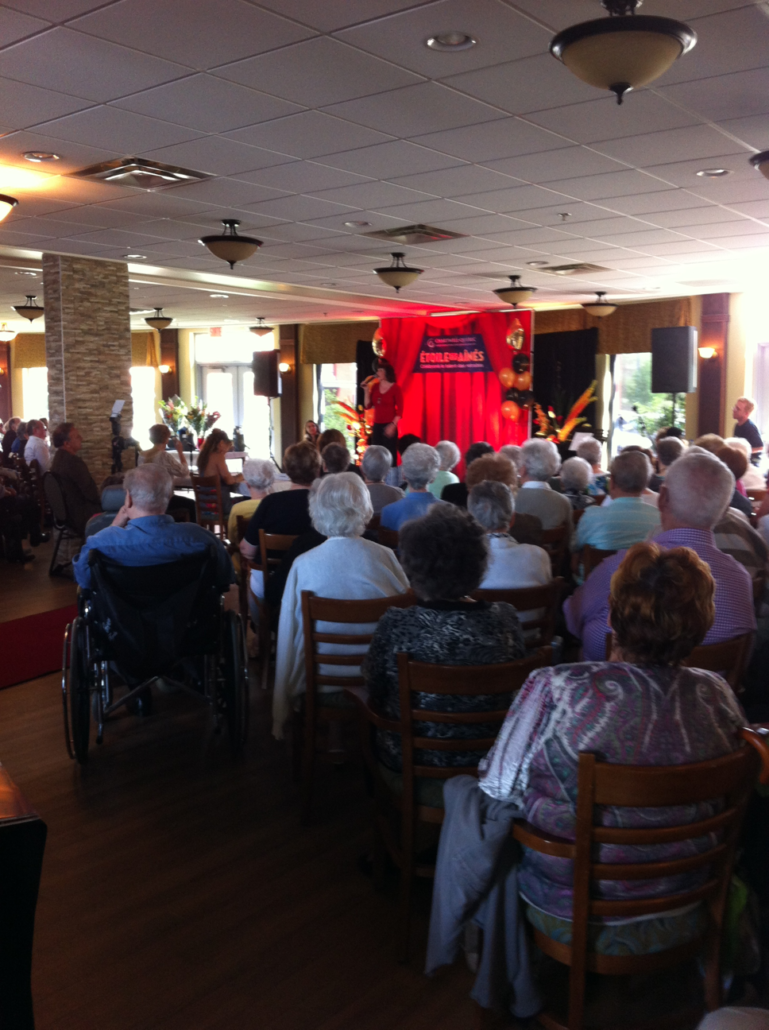 Between 2009 and 2013, Chartwell-Reit, a major private developer of seniors’ housing ran a music contest by and for elders known as Etoiles des Ainés. It was part of their marketing campaign to seniors, for purposes of social outreach and to provide entertainment within their residences. The event was loosely structured on other popular music contests on television such as Star Academie and American Idol. Every Etoiles des Ainés event featured older adults singing songs or playing music, of their choice, with meaning for them or their families and friends, explained in the introduction to every song. Contestants performed their acts in front of residents and a panel of local celebrity judges who offered commentary on their performances. Winners of local contests, held in regional residences, were then sent to the next level of the competition.

After 5 years as an exceedingly popular public event, E des A was put on hold, indefinitely, by the company who admitted that while it was an entertainment success that they could not determine if the expenditure justified its continuation from within their marketing department. In 2012 an 2013, Dr. Line Grenier and Dr. Kim Sawchuk, with the assistance of Dr. Fannie Valois- Nadeau (who was then a student) collected hours of videos, audio recording, photographs and notes of the contest in different locales across Québec. We attended dozens of competitions over this time period, participating as audience members, talking with organizers, and taking the time, whilst driving, to reflect on why we found ourselves moved by not only the individual performances, but by the event itself. In our discussions we spoke of the relationship of music to memory, the regularity of tropes and narratives to frame each song, as well as the way that “musick-ing” together was manifested at different moments during performances. While we have produced several conference papers on the topic of Etoiles des Ainés, we have a vast corpus of materials that needs to be processed. We are in the process of cataloguing and systematically analyzing and processing this mass of documents. We have, at the moment, the outline for a book-length manuscript on “music, memory and age/ing” to bring together the theoretical, social and methodological issues raised by our work on and with Etoiles des Aines. 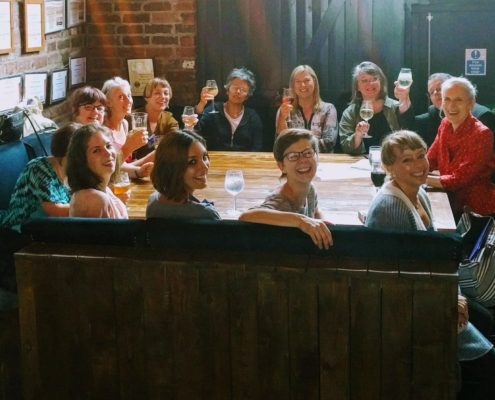 September 1, 2017
The Centre for Women, Ageing and Media (WAM) celebrated its ten year anniversary at its sixth international summer school in June this year. This took place in Gloucestershire in England. WAM2017 took ‘Noisy Women’ as its theme and the summer school lived up to the promise.
https://actproject.ca/wp-content/uploads/2017/08/Tank.jpg 928 1200 Constance Lafontaine http://actproject.ca/wp-content/uploads/2014/08/logo_mini.png Constance Lafontaine2017-09-01 17:39:062017-09-24 17:24:20An Update from WAM Summer School