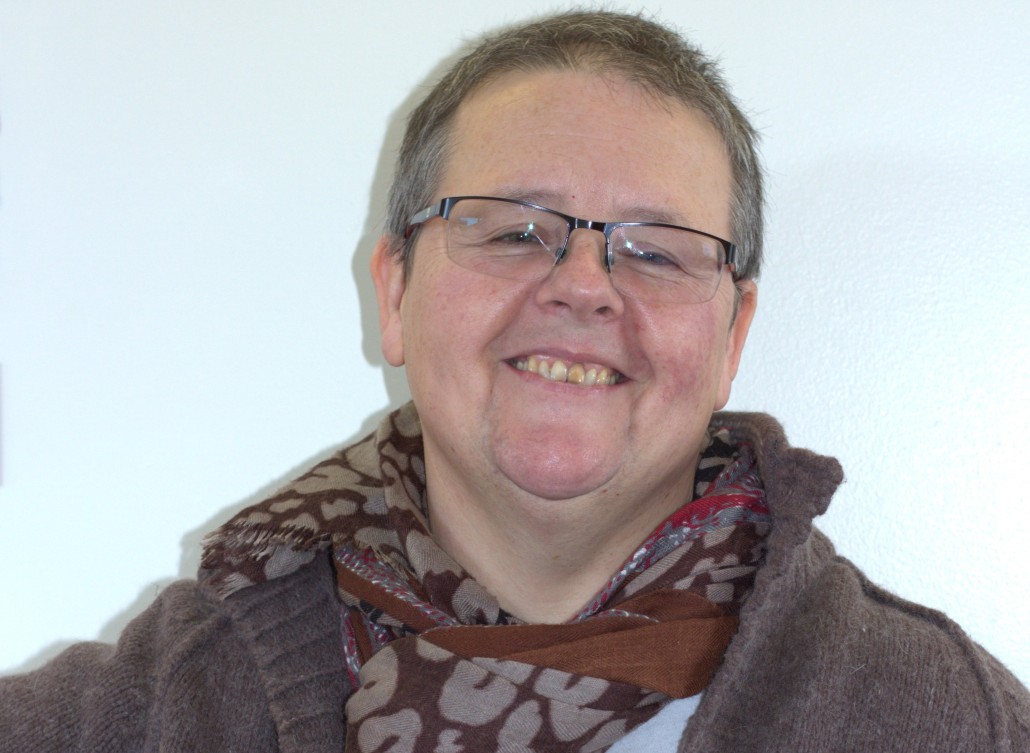 Dr. Ros Jennings is Head of Post-graduate Research at the University of Gloucestershire UK, looking after over 500 research students in their learning about research methods. Passionate about music, life stories, gender and ageing, Dr. Jennings is the founder of the Centre for Women, Ageing and Media (WAM) and a collaborator of the Ageing and Communication Technologies (ACT) project.

During a short visit to Montreal, Dr. Ros Jennings stopped by the ACT office and happily shared some of her current and forthcoming research, as well as her vision about ageing, media, and gender. “There is a tight connection between studying approaches to identities through music, memory, personal storytelling, and ageing; and I demonstrate it in my current research,” states Dr. Jennings. For her, music is a cherished topic for many people, because it can say a lot about their identity as it closely relates to personal taste and family histories (such as the passing on of values to future generations). Using soft-end qualitative research methods, Dr. Jennings prioritizes research that relates to participants’ experiences and emotions. In doing so, she gives priority to their personal voices and experiences. In addition, her research integrates feminist and activist perspectives, which, by tradition, aim to give voice to people who haven’t had the chance to speak up in society.

In 2007, Dr. Jennings, with a small group of academics from diverse disciplines, formed a research network called WAM – the Centre for Women, Ageing and Media – in the University of Gloucestershire. Interested in questions around media, film, television studies, and age, researchers started holding informal meetings to brainstorm the mission and scope of this network. WAM were awarded an Arts and Humanities research grant to run a series of workshops around the UK to raise awareness about the issue of women, media and ageing, through various themes such as visibility and invisibility, commodification, older non-heterosexual identities, media representation, and mediating the body. Given the major international interest in the topic, other experienced scholars in ageing studies joined the network, curious to learn about media and representation. This formed an even more interdisciplinary mix of academic researchers.

In 2013, WAM joined the ACT project. As one of its key research partners, it continues to share resources and interests with researchers throughout Europe and beyond. WAM has held international conferences and summer school every year, for the past three years. “It’s been so useful, pivotal in generating a set of resources of working in age studies,” shares Dr. Jennings. Focusing on the amalgamation of topics and methodologies around ageing and media, the summer school’s participants include students, scholars, and university professors who are interested in learning about implementing questions of ageing in their own research.

Dr. Jennings is currently finishing a research project on life stories related to the variety of ways people access music, including tunes they have not chosen (i.e. from a radio). Her research includes questions related to digital media, such as the (lack of) materiality in the new technologies related to music. Next year, through WAM, she is starting a major book project with her colleague Ab Gardner called EuroVision – Music and Ageing Across Cultures, which will cover personal stories of project participants from all over Europe. Stay tuned.

There are no upcoming events at this time.
RECAA receives Concordia University’s Engaged Scholar Award!