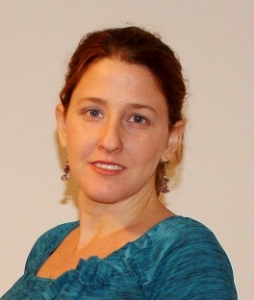 Madelin Gomez-Leon is a demographer scientist with a Ph.D. in Demography from the Autonomous University of Barcelona (UAB), Spain (2013). She is a researcher at the Communication Networks & Social Change Research Group (CNSC) at the IN3–Open University of Catalonia (UOC) and is also affiliated to the DemoSoc Research Group at the University Pompeu Fabra (UPF), Spain. She is currently working on a research project looking at gender and country inequalities in (healthy) life expectancy in later life from a cross-country perspective. The project has a special focus on how social engagement (face-to-face and digitally) affects well-being in old age.

Her research interests focus on intergenerational exchange of support, consequences of population ageing, life expectancy and healthy life expectancy, and transitions to retirement. Previously, she worked as a postdoctoral researcher at the ESRC Centre for Population Change, United Kingdom (2014-2017) and at the Research and Expertise Centre for Survey Methodology (RECSM-UPF), Spain (2017-2019).