A Year of Aging 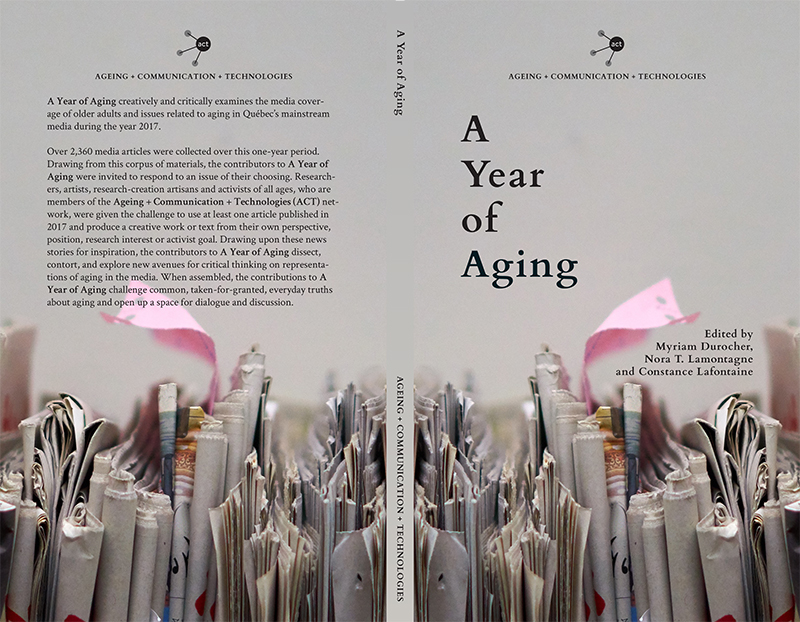 A Year of Aging creatively and critically examines the media coverage of older adults and issues related to aging in Quebec’s mainstream media during the year 2017.

Over 2,360 articles were collected over this one-year period. Drawing from this corpus of materials, the contributors to A Year of Aging project were invited to respond to an issue of their choosing. Researchers, artists, research-creation artisans and activists of all ages, who are members of the Ageing,  +Communication + Technologies (ACT) network, were given the challenge to use at least one article published in 2017 and produce a creative work or text from their own perspective, position, research interest or activist goal. Drawing upon these news stories for inspiration, the contributors to A Year of Aging dissect, contort, and explore new avenues for critical thinking on representations of aging in the media. When assembled, the contributions to A Year of Aging challenge common, taken-for-granted, everyday truths about aging and open up a space for dialogue and discussion.

This book project emerged from the media monitoring project. 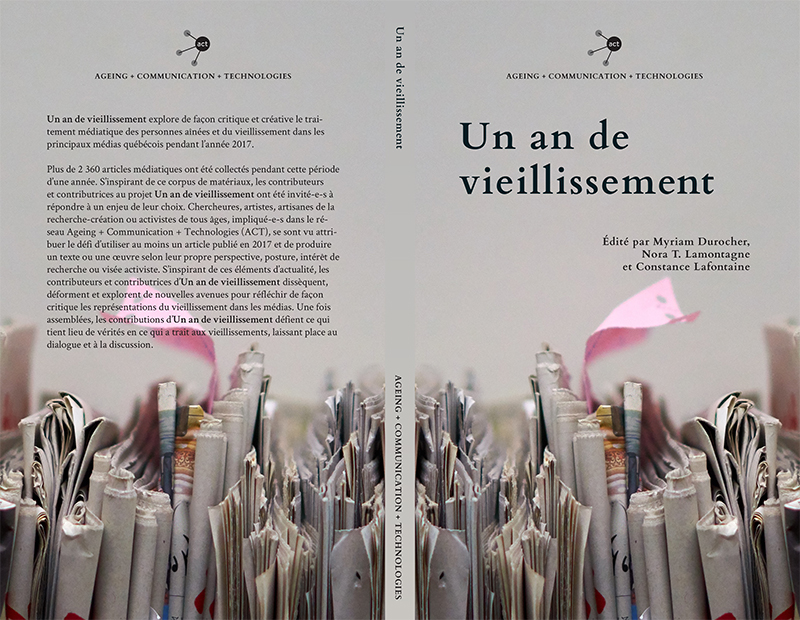 *Coordinators of the project