Portraits of Alzheimer’s and Dementia: Reimagining discourses on ageing. 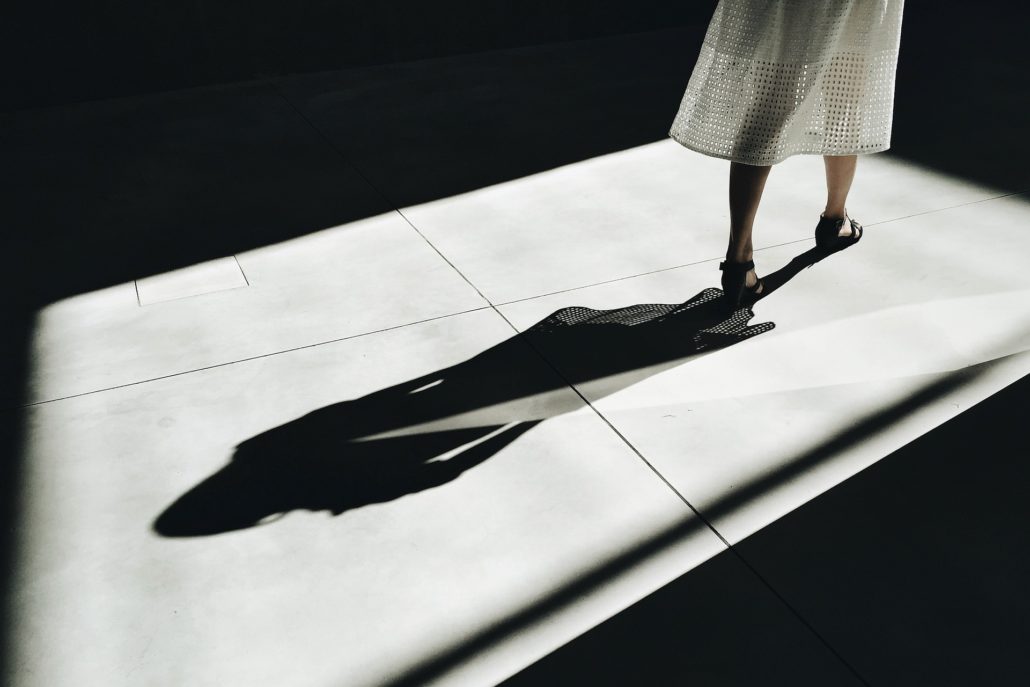 If you google Alzheimer’s and dementia, you will find articles on “the ticking time bomb” of dementia and the socio-economic costs of Alzheimer’s. You’ll encounter videos of scientists speaking authoritatively on our inevitable cognitive decline and perhaps, most alarmingly, you’ll read messages explaining that we reach our intellectual peak at 25 years of age and it’s all just a sad descent from there. And, of course, there are endless streams of advice on how to prevent intellectual deterioration through nutritional supplements and exercise, mental stimulation, and social interaction. The portraits of theses diseases are frightening, bleak, and all very familiar.

Dr. Marlene Goldman, professor in the Department of English at the University of Toronto and an ACT collaborator, calls for a reassessment of the ways in which ageing, Alzheimer’s, and dementia are perceived and portrayed. She suggests that the dire pronouncements we often see in news media create damaging cultural narratives because they position ageing and age-related diseases as bio-medical crises that will threaten the well-being of the nation state, create socio-economic losses, and even destabilize our sense of self.

Prevalence of the Gothic

Goldman explains that the mainstream discourses we encounter often pull metaphors from literature. For example, gothic literature promotes the understanding that illness is unequivocally evil and that disease is a mystery crime to be solved. Ageing thus becomes about stolen minds, monstrous mothers, horror and insult, and the only cure will be found in a pharmaceutical laboratory. The gothic metaphors, the tropes of the living dead, the figure of the doppelgänger, and the monstrous transformations that populate discourses on dementia and Alzheimer’s are much like those that writer and filmmaker Susan Sontag identified in cancer and AIDS narratives. But these characterizations, says Goldman, speak more to our own fears than to the complexities and ambiguities of dementia and Alzheimer’s, and they too often inhibit the potential to develop more compassionate and nuanced responses to ageing and old age. 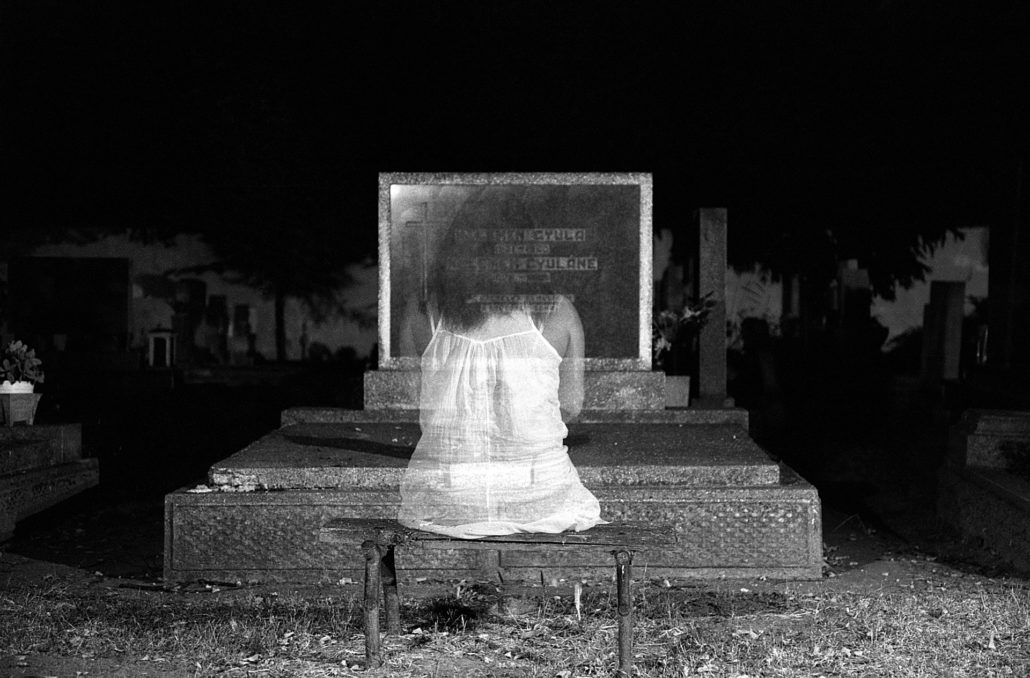 Because narratives and metaphors shape social conceptions of diseases, fiction becomes, as Goldman argues, central to an analysis of Canadian biomedical and media depictions of age-related dementia and Alzheimer’s. “The history of old age and its diseases is a new field in Canada” explains Goldman, and the prevalent discourse is one that “positions ageing as an engineering problem.” Ageing, as popular media would have it, is something to be prevented, or least, in some measure, resisted through medical innovation and intervention. It can be curbed by a ‘healthy’ lifestyle of crossword puzzles, FitBits, and the ‘right’ kind of consumption of vitamin supplements, adventure vacations, spa treatments, and yoga retreats – all of which are advertised abundantly in magazines, commercials and blogs.

Dominant discourses exclude the complexities and varying experiences of ageing: they ignore the fact that growing up and growing old is a fundamental aspect of the life process. The countless moments, encounters, and experiences lived by an individual are textured with attachments and relations, memories, and feelings, and these don’t end when a person has been diagnosed with dementia or Alzheimer’s. Yet, when we speak of ageing, if we speak of it at all, the most common narrative is one inflected by the Gothic.

Where are the alternatives?

Despite how the biomedical discourses and the Gothic genre might position disease and ageing, Goldman points to literary and artistic works that offer alternative ways of exploring the experience of ageing and old age in more nuanced, empathetic and courageous ways. For example, the work of Canadian writers and filmmakers, Alice Munro, Margaret Atwood, David Chariandy, and Sarah Polley offer compassionate and compelling accounts of age-related dementia and Alzheimer’s that explore the diseases through tropes of the Gothic. Writers such as Chariandy and Munro, have, Goldman suggests, “turned the Gothic on its head.” Chariandy’s novel Soucouyant employs familiar Gothic tropes such as the spectral presence of memory, buried secrets, and the unsettling figure of vampire-like double, but its effect is not to represent the “monstrosity” of Alzheimer’s. Instead, the novel draws attention to systemic racism in Canada through the perspective of Adele, an ageing Trinidadian woman with Alzheimer’s. As the protagonist, Adele, begins “to forget in more creative ways” (Chariandy, Soucouyant 12), we start to understand how the intergenerational transmission of diasporic memories and experiences of institutionalized racism haunt the present. Owing to Adele’s creative forgetting, readers are prompted to reflect on their own perceptions of time, history, memory, and subjectivity. 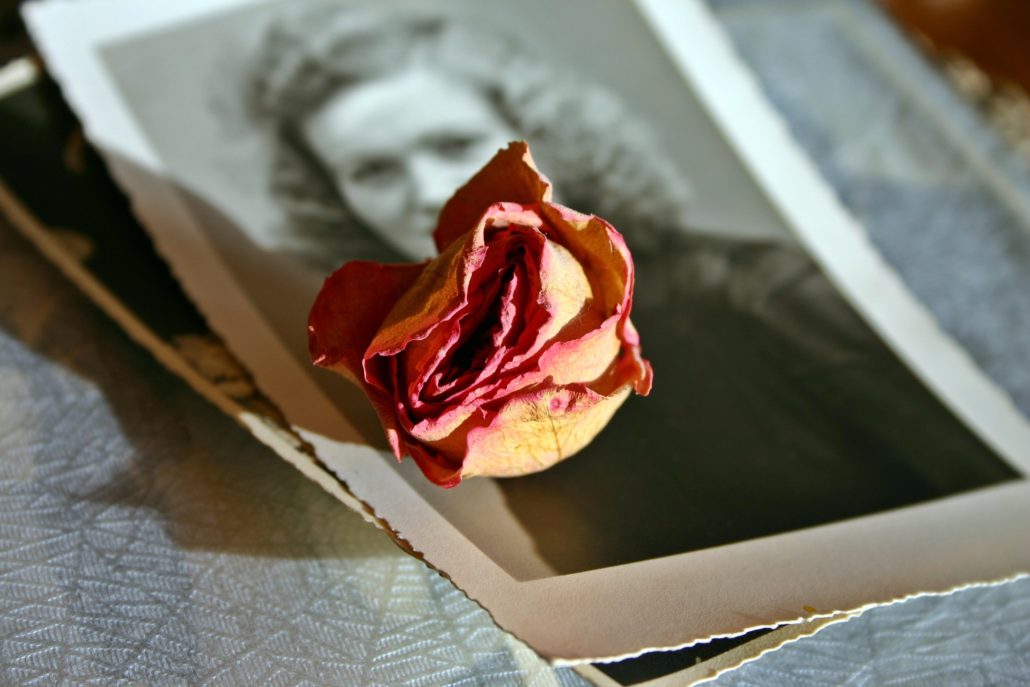 In our conversation about her latest book, Goldman shared a personal story of her grandmother who had dementia just before she died. Goldman’s experience with her grandmother provided her with an opportunity to reflect on how the mundane experience of linear time can be disrupted in ways that seem epiphanic.

When I came into her hospital room, her eyes lit up and her face opened up. She called me by a name I didn’t recognize and told me that we had so much to catch up on. My mother was in the room and gave me a director’s cue. The name belonged to my grandmother’s closest childhood friend. She’d mistaken me for her long-lost companion, and I chose to play along. It was as if I’d turned a diamond to a different angle; I met a facet of my grandmother I would otherwise never have seen. I had a glimpse of her as a young girl. I felt as if I’d tumbled down the elevator shaft of time.

It is in these encounters transformed by dementia, we are faced with challenges to our perceptions of time, ageing, and memory. These personal encounters  also emphasize the complex, nuanced, and individual experiences of dementia and Alzheimer’s.

In conversation about her own writing on dementia and Alzheimer’s, Goldman cites as inspiration the work of Dr. Pia Kontos, professor and researcher at University of Toronto, whose arts-based approaches including music, dance, and improvisational play enrich the lives of those living with dementia.* Kontos works with and studies interactions between highly-trained clowns and people who live on the dementia ward in the hospital. Using improvisational techniques to bridge communication gaps, the clowns are able to connect in meaningful ways with those living with dementia. Goldman relays the story of a clown clutching a piece of paper, approaching a woman who had had very little interaction with other people. Handing her the paper, the clown exclaimed, “Here, it’s for you!” The woman  responded, “He’s asked me to marry him!” This incredible exchange between a highly skilled therapeutic clown and a woman in a reverie of remembering offers insight into how our memories accompany us through life. The challenge lies in adapting ourselves to maintain empathetic intersubjective bridges with people who have dementia. Goldman poses an important point of reflection here: perhaps it is not so much dementia or Alzheimer’s that impedes communication and connection with those who live with these diseases, but rather our failure to interact in ways that allow for meaningful human expression and dialogue to occur. 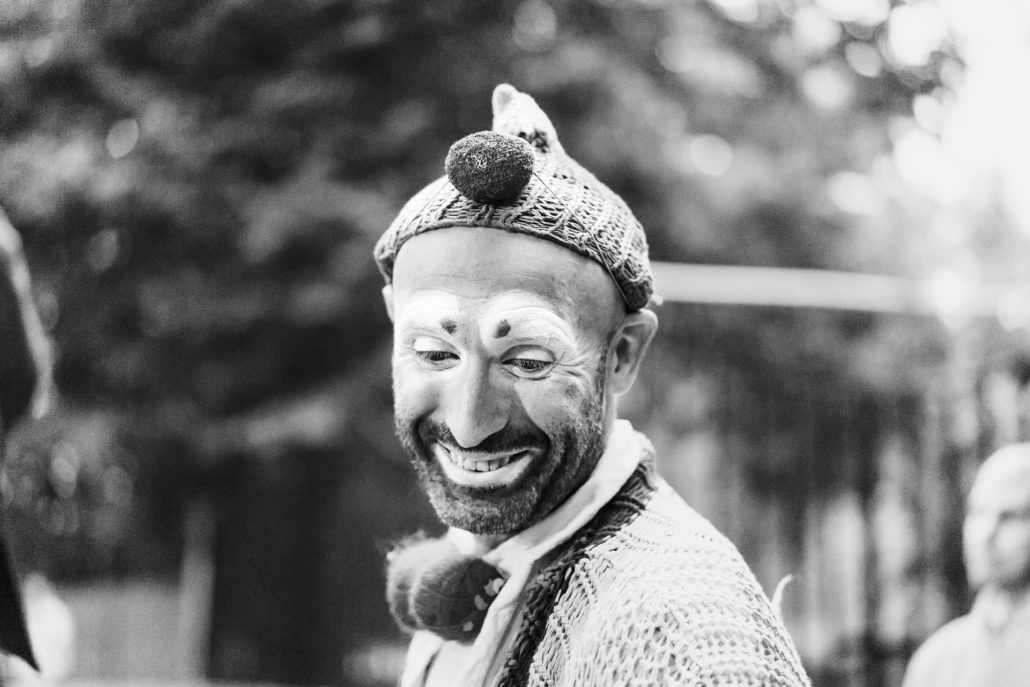 Experiences such as these, and those lived out in the fiction of writers such as Munro and Chariandy, and through films like “Alive Inside” and “Away from Her” challenge dominant discourses on dementia and Alzheimer’s, and give us a sense of the complexity of the diseases.

Ultimately, Goldman insists that our task lies not merely in searching for cures, but also in supporting people’s dignity and well-being by addressing the stigma around ageing and confronting our ageist assumptions and practices. In doing so, Goldman insists, we have the potential to forge more ethical, enlivening, and relational practices in long-term care and rehabilitation settings. As we move away from discourses that treat aging as pathology and evacuate the personhood of individuals, we have the opportunity to reevaluate how we understand ageing and readdress public policy.

As Goldman points out, we all age, and for those of us who are fortunate enough to grow old, the question is not how to prevent aging into old age, but how to do so with dignity, compassion and creativity.

Dr. Marlene Goldman, professor in the Department of English at the University of Toronto and an ACT collaborator, calls for a reassessment of the ways in which ageing, Alzheimer’s, and dementia are perceived and portrayed. She suggests that the dire pronouncements we often see in news media create damaging cultural narratives because they position ageing and age-related diseases as bio-medical crises that will threaten the well-being of the nation state, create socio-economic losses, and even destabilize our sense of self.

Tricia Toso is a doctoral candidate in the joint PhD program in Communication Studies at Concordia University, l’Université de Montréal, and l’Université du Québec à Montréal. Her research is engaged with questions about urban spaces, mobility and citizen advocacy. As a multi-media practitioner her projects work to raise public awareness of issues around urban sustainability, access to decision-making processes and micro-local initiatives.

In May, two important Alzheimer’s-awareness events will take place in Montreal:

There are no upcoming events at this time.
A year in my life – Digital stories