Our Fitbits, our (aging)selves? Digital self-tracking and embodied aging 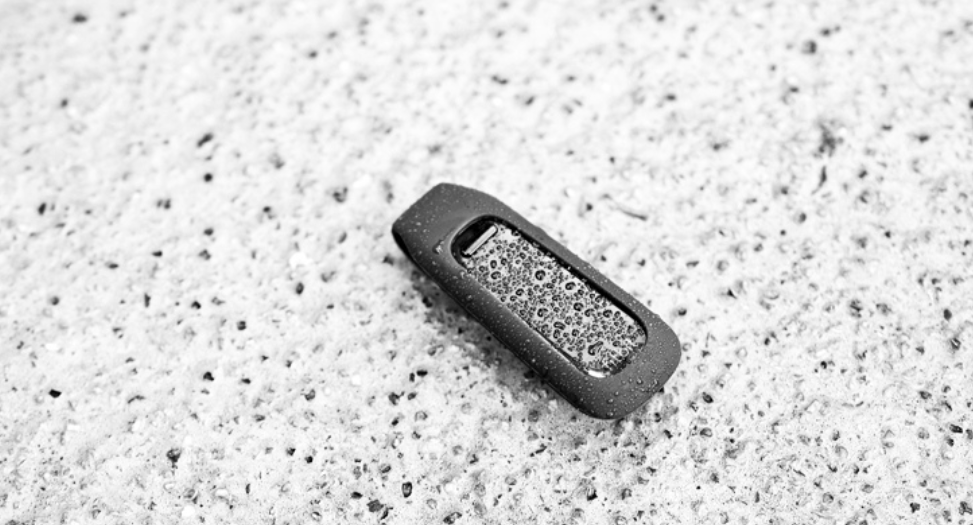 At the 2017 Consumer Electronics Show, Samsung surprised business-watchers with a shift in market development plans. Expected to focus on robots, they instead announced a focus on wearable health devices, such as fitness trackers, believing that (according to their CEO) “an aging society will help this market segment grow more quickly”. Some of those observing the fitness-tracking industry, however, seemed more surprised that manufacturers have been so slow to recognize the potential in the ‘grey’ market. One suggested that “…it makes sense that the older demographics show interest… For one, they’re much more engaged in their health due to general focus around chronic diseases and they’re in that risk group”(Maslakovic 2017).

In contrast to the ways that self-tracking technologies are discussed when younger users are envisioned, the focus here is on health rather than performance, and on producing data to help responsible aging individuals mitigate risks for, or identify onset of, age-related decline.

How do older users incorporate these technologies into their everyday lives? Surprisingly, none of the existing research on everyday practices of self-tracking seems to have asked them!

But is this really the only way that older individuals think about these devices? How do older users incorporate these technologies into their everyday lives? Surprisingly, none of the existing research on everyday practices of self-tracking seems to have asked them! In fact, most of the participants in existing studies are under 40 years of age. A small grant from ACT to the Digital Culture and Quantified Aging research group facilitated a pilot study to address this gap in the research, to raise questions about the ways in which active older adults who engage in digital self-tracking understand its practices and the data it produces. Ten users, ranging in age from 55 to 79 (with a mean age of 64) participated in semi-structured interviews in which they discussed their experience. While such a small and unrepresentative sample is limiting in terms of generating conclusions, some recurring themes from the interviews raise interesting and important questions that merit further investigation.

All participants indicated that they mostly wore their trackers 24/7, removing them only for charging. So, these devices are certainly part of their everyday, embodied lives. Because wearable trackers are also timepieces, they also noted the immediate and frequent access to their ‘data’. As one participant noted, “if I look at the time I look at the steps”. However, ‘steps’ were rarely viewed as anything but connected to that particular day. In contrast, the data on heart rate – which half of my participants tracked – was tracked continuously and was seen as a malleable measure that reflected overall health status.

Whether number of steps in a day or day-over-day tracking of heart rate, the data produced by digital devices needs to be interpreted and made meaningful to their users, who draw on a complex network of both lay and expert discourses. All participants accepted without question the 10,000-step goal that came pre-set with their trackers, though none could say exactly where that number came from or who ‘they’ were in the “they say that’s what you should get”.

Participants enjoyed the positive feedback – such as vibrations and ‘badges’—that their devices provided when they reached their goals – one compared it to “a pigeon getting a pellet”. Many reported that the numbers did motivate them to enact change in their routines. However, they did not hesitate to adjust their interpretations when the numbers weren’t so positive. One, for example, admitted to suspending tracking on days when she knew she’d “blow it” – “I’m not going to make myself feel bad!” Another had second thoughts about sharing his numbers through a Facebook group when he considered the possibility of negative feedback. Another participant who had received her Fitbit as a gift from her daughter, who was her Fitbit ‘friend’, felt compelled (because her data was visible to her daughter) to make excuses at times when her activity level was particularly low (“I forgot to put it back on after my shower”).

Participants were frustrated when they felt that they didn’t “get credit” for their activities – for example, when certain activities did not add to their step total, when there were perceived inaccuracies or when they forgot to wear their trackers. One found that her wrist-worn tracker did not accurately record walking with a shopping cart: “So you go all around Costco and come out with basically the same number of steps you went in there with!”

This emphasis on ‘getting credit’ highlights the tension between the perceived authority of numbers, and the individual’s own embodied sense of self. That is, they did not just wear their trackers as motivation for activity, but also as confirming their existing self-identity as ‘active’.

Despite their frustrations, all participants continued to wear their trackers and all indicated that they would replace them if lost or damaged. They noted that tracking was also “interesting”, “fun”, and “a conversation starter”, suggesting that tracking was not just an instrumental activity linked to health management, but one which tapped into a range of pleasures.

They noted that tracking was also “interesting”, “fun”, and “a conversation starter”, suggesting that tracking was not just an instrumental activity linked to health management, but one which tapped into a range of pleasures.

Still, there was, in no uncertain terms, widespread acceptance of the messages of health promotion about ‘active’ aging. All believed that continual physical activity was part of a healthy aging ‘lifestyle’ and all used self-tracking as a form of risk management. Most also believed that it wasn’t just physical health, but also cognitive health, that was at stake.  At the same time they acknowledged the potential constraints and ‘surprises’ that are part of everyday life, and mentioned a number of factors – everything from device cost to the Canadian climate – that could disrupt even the best intentions towards an ‘active’ lifestyle. One participant articulated a more complex set of issues, telling me how her commitment to walking every day was disrupted by caring for her husband during his terminal illness: “I knew in my mind that I should be out there – the more you’re out there the better it is – but you just don’t have that time – you’re at the hospital, you’re waiting for the doctors, they changed the appointment, there’re so many other things”.  Her story provided a poignant reminder that the vicissitudes of the life course may put paid to the most committed of self-tracker’s plans for a ‘successful aging lifestyle’.

While we cannot draw firm conclusions from such a small, exploratory study, the insights of these older self-trackers both confirm and challenge some of the assumptions of existing research. Certainly, trackers and their associated apps multiply the number of things that can be measured, increase the frequency with which they are measured and produce data which is simultaneously at one’s fingertips, digitally archived and potentially sharable. They invite users to compare themselves to what are presented as authoritative standards (like “10,000 steps”).  Aristea Fotopoulou and Kate O’Riordan (2016) refer to this as “biopedagogy”, teaching users how to be healthy, responsible citizens. Yet none of these imperatives are uncritically taken up by the participants in this study, who draw on experience and embodied knowledge to resist reducing their sense of self to their ‘data’.

Barbara L. Marshall is Professor of Sociology and member of the Trent Centre for Aging and Society and a co-applicant in the ACT project.

There are no upcoming events at this time.
October 13: Bridging Research and Public Policy: Matters of Ageing and Tech...

Annual ACT meeting at the University of Ottawa
Scroll to top