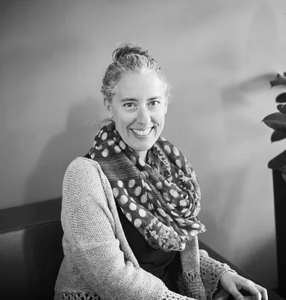 May Chazan is a Canada Research Chair in Gender and Feminist Studies, a faculty member in Trent University’s Department of Gender and Women’s Studies, and an Executive Committee member for the Trent Centre for Aging and Society. She is also a parent and an activist. Born and raised as a settler on the territory of the Kanien’keha:ka (Mohawk) Peoples, in present-day Montreal, she is grateful to live, teach, write, and nurture life in Nogojiwanong (Peterborough, Ontario), on Mississauga Anishinaabe territory. She leads the Aging Activisms research collective (www.agingactivisms.org) – researching, thinking, gathering, and activating with and alongside co-conspirators of many ages, backgrounds, genders, and abilities. She has published widely on activisms, solidarities, and alliances, including in her monograph The Grandmothers’ Movement: Solidarity and Survival in the Time of AIDS (McGill-Queen’s University Press, 2015) and her co-edited volume Home and Native Land: Unsettling Multiculturalism in Canada (Between the Lines Press, 2011). Stay tuned for her forthcoming co-edited volume Unsettling Activisms: Critical Interventions on Aging, Gender, and Social Change (Women’s Press/ Canadian Scholars’ Press, 2018).