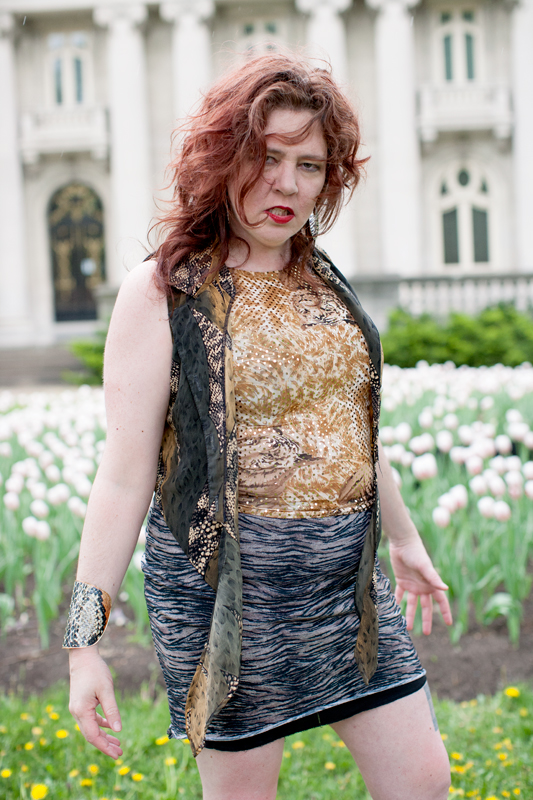 Dayna McLeod is a video and performance artist whose work has shown internationally. She is the 2014 recipient of Le Prix Powerhouse, an award presented by La Centrale Galerie Powerhouse that celebrates mid-career women artists who have significantly contributed to the cultural life of Montréal with determination and without compromise. She has received funding for video projects from the Canada Council and the Conseil des arts et des lettres du Québec, has won other numerous awards, and often uses remix practices to mashup mainstream culture. Dayna is currently at The Centre for Interdisciplinary Studies in Society and Culture at Concordia University pursuing an interdisciplinary Ph.D. in Humanities. www.daynarama.com

Dayna’s dissertation research examines how over-40 feminist performance artists use the body (their own or bodies-for-hire) within their practices and work in relationship to mass culture and the mainstream backdrop against which their work is always/already positioned. As part of this research, McLeod embarked on a one-year durational performance piece that investigated and lived the stereotypes of a ‘cougar,’ a woman over-40 who aggressively demonstrates her sexuality, by wearing nothing but animal print clothing, 24/7.