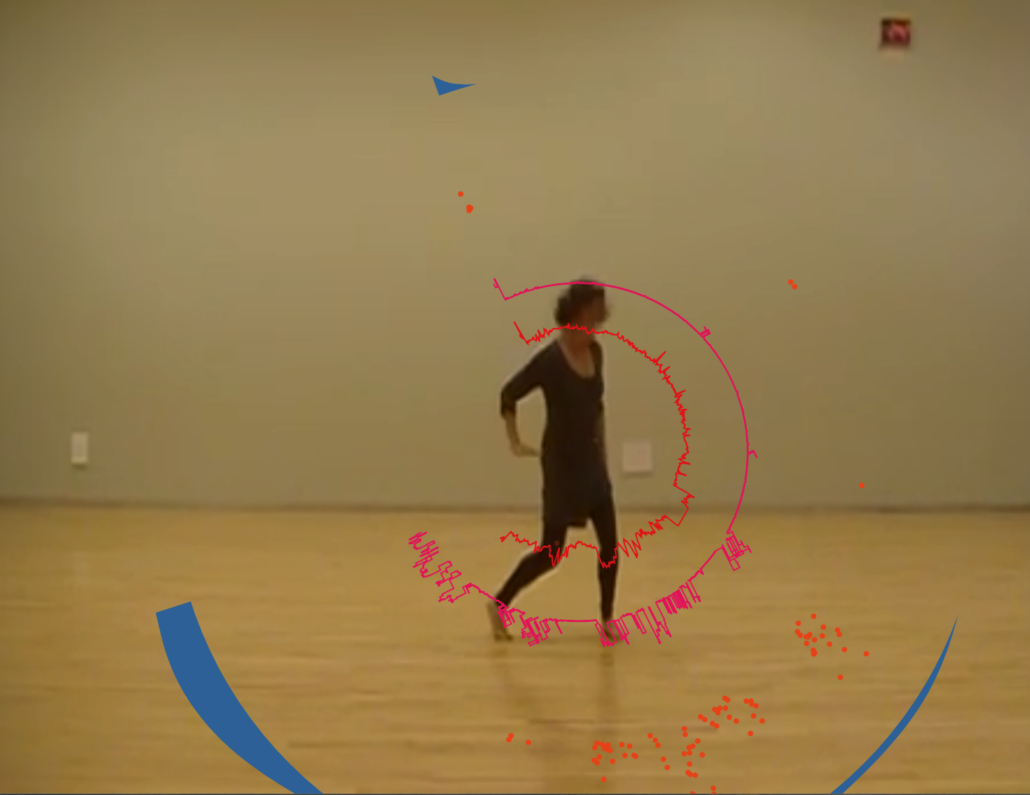 Dancing with Fitbit: a critical creative exploration of the moving monitored aging body.

The goal of this exploratory research-creation project is to investigate how ageing bodies are experienced through these self-tracking activities and the technologies that support them. The project aims to also explore how these experiences of self-tracking using a specific technology, and the data produced produced by it, could be used to creatively critique the normativities, standardization, and regulatory mechanisms embedded within self-tracking devices and their related practices.

We have selected dance as a means to critically reflect upon self-tracking devices as a method to control one’s health (Marshall & Katz, 2016) in order to “age well”.Dance is frequently but uncritically praised as a medium to improve health and to promote sociality for older people (see Guzmán-García, Hughes, James, & Rochester, 2013). This is problematic as it doesn’t allow activities, such as creative ones, to be undertaken for the single pleasure of doing them. This takes place within a context where healthism discourses (Crawford, 1980) intersect with injunctions to reach “successful aging” (Katz, 2013) defined, among other things, by the maintenance of good physical health (Rowe & Kahn, 1997).

Drawing from the work of Wakeling & Clark (2015) who invite us to think about dance beyond notions of health and well-being, our creative project also serves as a means to explore how ageing bodies are produced and experienced at the intersection of self-tracking technologies.

This project uses dance to critically reflect upon self-tracking devices as a technique to control one’s health (Marshall & Katz, 2016) in order to “age well”.

The data collected by the self-tracking devices (Fitbit) was then used in the making of a soundtrack (created by Samuel Thulin) and in the production of visual effects (created by Luciano Frizzera). The dance performance was recorded and edited (by Julia Salles, specialist of interactive media) as to add it on an interactive web platform (created by Julia and Luciano).

Since we understand self-tracking devices as a communicative phenomenon (Lomborg & Frandsen, 2016) where bodies are simultaneously mediated and produced, and more amenable to regulation, normalization, and self-discipline, we seek to reflect on how the data and the lived self-tracking experience could be used to generate subversive forms of data materialization (through choreography, sound, visuals), aiming at criticizing injunctions related to ageing bodies, and successful aging normativities.

This project is also an opportunity to reflect upon methodologies on how aging and health come to take form and are experienced through self-tracking devices and practices.

The final project, entitled “Dancing with Fitbit”, can be viewed HERE.