A Year of Aging Available

Grown from a media monitoring project that starting in 2017, A Year of Aging has officially been created and released. The book creatively and critically examines the media coverage of older adults and issues related to aging. Researchers, artists, research-creation artisans, and activists of all ages, who are members of the ACT network took up the challenge to produce a creative work or text from their own perspective, position, research interest, or activist goal related to news article. Each of these contributions have been assembled into the text, which ACT has officially published.

The A Year of Aging project involves an array of voices, perspectives, and presentations around the coverage of older adults and aging. Edited by Myriam Durocher, Nora T. Lamontagne, and Constance Lafontaine, the book brings voices together to claim a fair, just and visible place for aging and older adults in our current media landscape. In this manner, A Year of Aging challenges our understanding of aging from a cultural and media perspective. 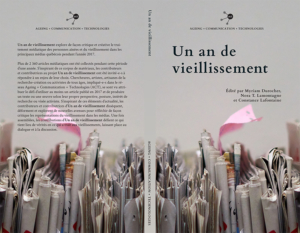 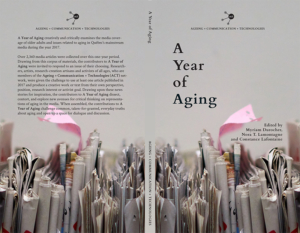 There are no upcoming events at this time.
Paper or Plastic Right to Your Door