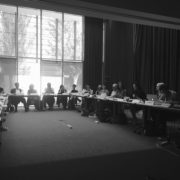 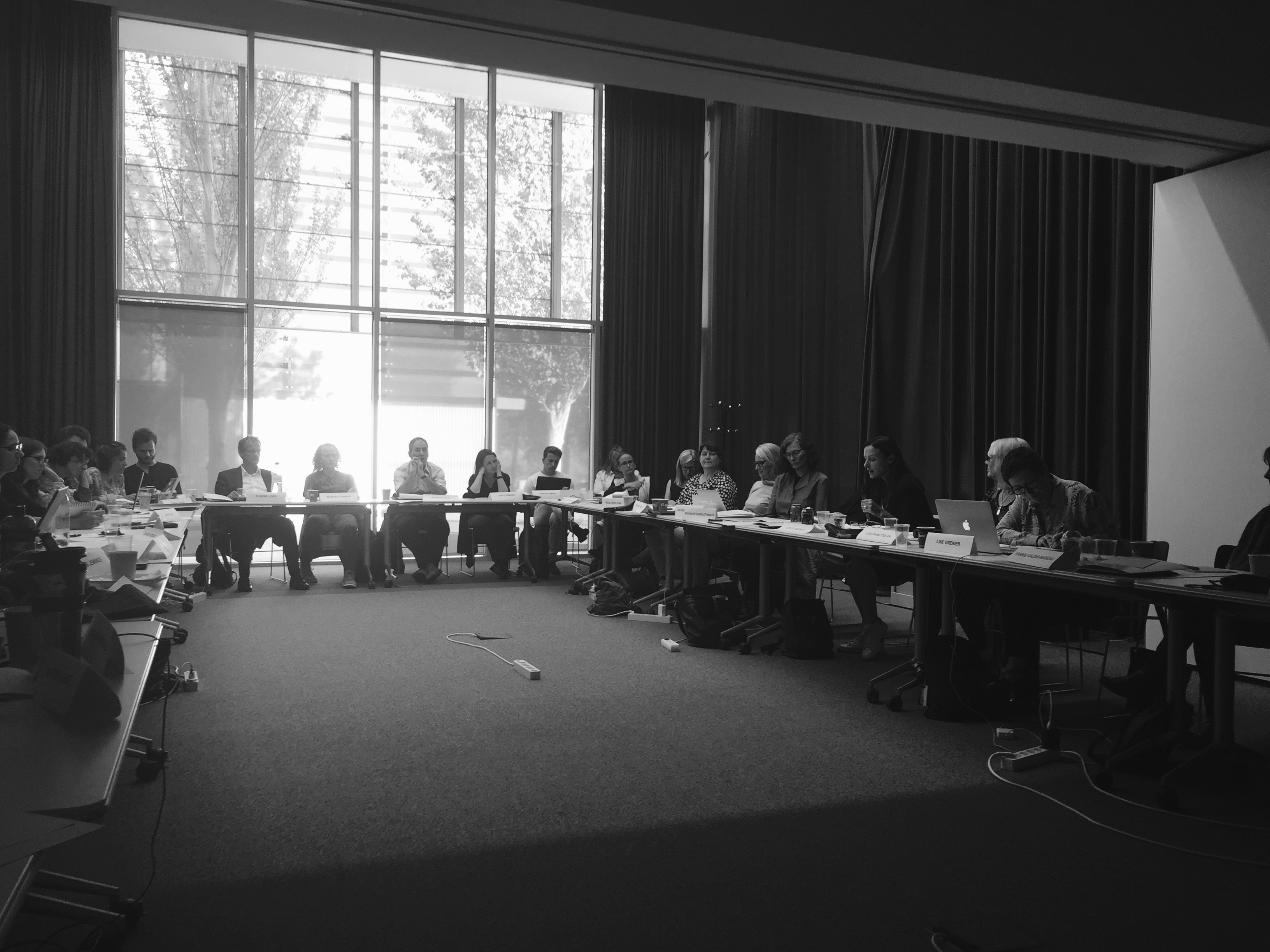 From October 14 to 16, 2016, the third annual ACT meeting took place in Castelldefels, Catalonia, Spain. This year, it was the ACT partner IN3 at the Open University of Catalonia (OUC) that welcomed the ACT team. Some 35 ACT members, including co-applicants, collaborators, community members and students, travelled from North and South America, Europe and Asia to participate in the meeting.

Over the past few years, the format of the meeting has been rather consistent: we meet for three days and hold a mix of presentations and discussions, all of which tend to be colloquial and informal in tone. Researchers and community members who have been funded in the past year by ACT are invited to present, briefly, on their work. This makes up the bulk of the three days. The idea behind this approach is for projects to be presented at whatever stage they may be, so as to cultivate an awareness of the projects that are newly in the works at ACT. Sometimes, ideas and rough plans are brought to the group for feedback. Researchers also present results and share publications. Updates the ACT activities in Montreal, the goings-on of the working groups, and the unfolding of the ACT-sponsored summer schools like the Women Ageing Media (WAM) Summer School and the Graz University Summer School Seggau (GUSEGG) are presented.

Since receiving funding in 2013, ACT has organized a public talk each year and invites a keynote speaker. To connect with the host locale, ACT also extends an invitation to the local university community to join the ACT group for these few hours (Montreal and Castelldefels) or combines the meeting with a local event (Bucharest). Over the last three meetings, keynote addresses have been an opportunity to build up the profile of ACT and ageing studies in our respective locales, to meet and exchange with researchers outside of the group, and to give us a collective opportunity to engage with and react to an in-depth research presentation. This year, the UOC organizing team invited Professor Feliciano Villar from the University of Barcelona. His presentation centred on the concept of generativity in later life, with an emphasis on how this concept operates within the context of Spain. As Professor Villar argued, generative ageing is one way to question current discourses on ageing, including positive, successful and active ageing, a position that sparked a lively discussion and debate.

During the meetings, and to ignite debate, discussions are organized on specific topics that the ACT Governing Board has selected. This year, two themes were identified: one on representations of age and ageism and another on quantitative methods. Inspired by the WAM Manifesto and at the instigation of local organizers, another conversation identified the need and desire to write an ACT manifesto for conducting non-ageist or age-aware research. The idea was received with enthusiasm and a working group of seven researchers from Canada, Finland, Spain, the UK, and the US was immediately formed.

At the end of each day, even when we are all tired after hours of presentations and discussions, we often find ourselves still eager to spend time together. The students, Grannies on the Net researchers and the Governing Board all hold meetings to hash out research ideas and make future plans. We share meals, and sometimes, when the conditions are just right, we dance.

Over the past few years, we have tried to develop a meeting formula that is representative of what we want ACT to be. We seek to be intellectually rigorous, critical and productive in intervening in a multiplicity of discourses on ageing, communication and technologies across disciplines. We also seek to be inclusive, to valourize a diversity of approaches and frameworks, and, especially, to foster a membership that is happy to spend time together, develop shared goals, and work collaboratively within the ACT project.

Perhaps one of the most salient markers of the success we’ve had in regard to the latter point has been the emergence of collaborations at meetings that continue to feed our activities for the next year. One just needs to listen in on a few conversations at dinner or during the breaks to see this in action: people express interest in joining projects and in replicating or adapting them in their settings. Others people are eager to borrow pedagogical tools or to invite a fellow ACT member to give a workshop or keynote. Ideas for ACT panels and guest talks are pitched. Working groups, journal issues, and books are plotted. Some of these ideas seem speculative one year, then we find out that they have come to past the next.

ACT is indebted to the enthusiasm and organizational prowess of the hosts of the 2016 meeting. Daniel Blanche, a PhD student at UOC who has been working with many of us since before ACT came to be, has put countless hours in the organization of this ACT meeting. Adrien Semail, a MA student at UOC who is a recent addition to the ACT team, did a similarly outstanding job. Finally, we are grateful to ACT Co-applicant and Director of the Telecommunication Technologies stream, Mireia Fernández-Ardèvol, who offered to host this meeting and who welcomed us all so warmly.

There are no upcoming events at this time.
Mini maker fair, fabrication showcase and documentary launch organized by Giuliana...

Barbara Crow to speak at Inaugural Monday Night Seminar on “The New Shape...
Scroll to top