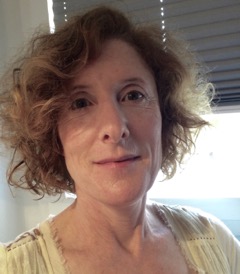 Marlene Goldman is a writer, filmmaker, and English professor at the University of Toronto. Her most recent work explores the question of how we decide what’s pathological. Who sets the definitions, the impact of biomedical labels on the people who receive them, and the role of history in shaping stories about illness have all been treated in her artistic and academic career.

The author of four books and numerous scholarly articles, Dr. Goldman has contributed chapters to studies of Canadian literature and presented at symposiums around the world. Keynote speeches on the overlap between literature, neurology, and psychiatry have brought her to Austria, Italy, and China, while her forthcoming book Forgotten: Age-Related Dementia and Alzheimer’s in Canadian Literature continues her investigation of the theme. At present, she is writing a series of articles on the topic of shame.

Dr. Goldman’s artistic output provides her new avenues to examine the subjects she studies in her academic life. Last year, she completed Piano Lessons, a short film adapted from Alice Munro’s story “In Sight of the Lake.” As writer, director, and co-producer, Dr. Goldman brings a person-centred perspective to the film. With its emphasis on the tacit knowledge and capacity for relationships that persist in people with age-related dementia, the film serves as accessible viewing as well as a case study for clinicians, caregivers, and people with dementia.

Continuing her film work, Dr. Goldman is currently developing an adaptation of Margaret Atwood’s short story “Torching the Dusties.” Her book Forgotten: Age-Related Dementia and Alzheimer’s in Canadian Literature was released in the fall of 2017, and her film “Piano Lessons” premiered at Toronto’s Rendezvous with Madness Film Festival on Nov. 5, 2017.  Dr. Goldman hopes her interdisciplinary approach serves to broaden awareness of age-related illnesses.