How are older adults included in public policies? 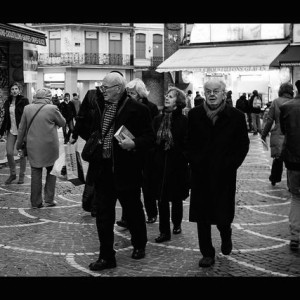 In the context of the ACT project, it is important to understand the broad policy environment that addresses issues of importance to citizens in later life. By conducting a general study of policies, the team can begin to identify similarities and differences between more and less developed countries, as a foundation for exploring specific questions about the ways in which technologies can support and facilitate ageing.

Taking Canada as a starting point and extending our analysis to Peru, this pilot project will conduct research to answer the following research questions:

We will begin to address these questions by looking at the Canada’s Aging Population and Public Policy series of documents (details provided below), and use these documents to help develop our template for comparative analysis across countries. We will ask:

The principal investigators  will construct a template to identify relevant variables (public policies) and compare designs (if any) and implementations in each country. Using the template, the research assistant will conduct web searches in order to identify documents and data to analyze. They will fill in the template and pinpoint important aspects of the welfare of the elderly population in search of public policies. The focus at this stage will be on national policies.

The OWL podcast has emerged from an intergenerational collaboration between Michelle Macklem, a second-year MA Media Studies student and Rose Marie Whalley, the host of the OWL weekly radio show.

Read more about this project