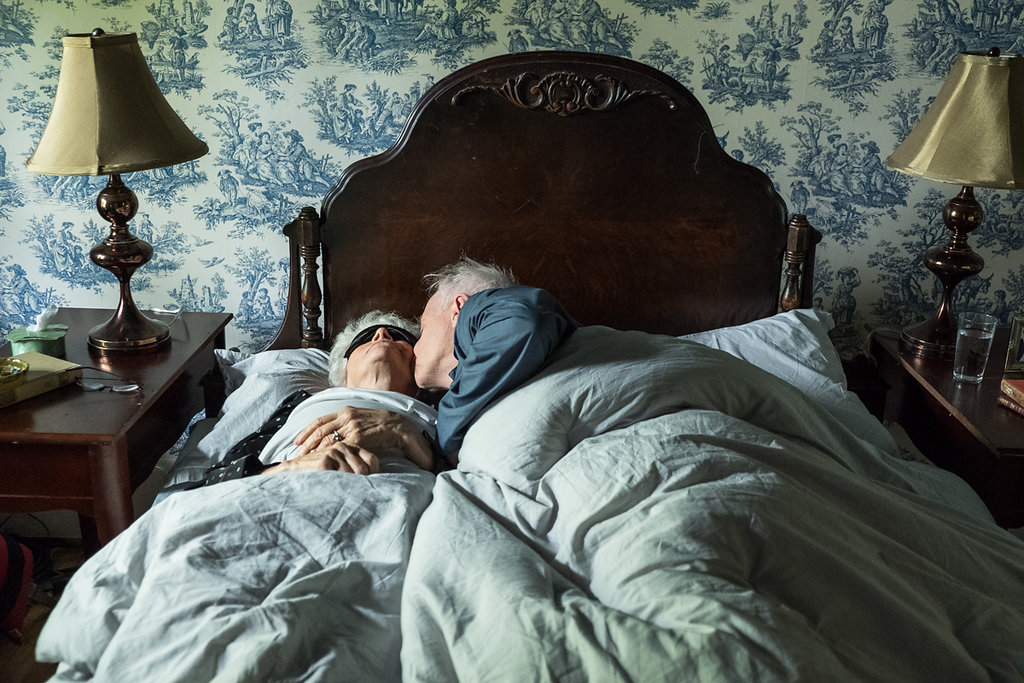 This project adapts Margaret Atwood’s story “Torching the Dusties” into a short film. Atwood’s story, which comes from her recent collection Stone Mattress, addresses both the social costs of intergenerational warfare and the issues arising from Age-related Macular Degeneration and Charles Bonnet Syndrome.

Age-related Macular Degeneration is the leading cause of vision loss in Canada, affecting one million people. The disease causes damage to the macula, the central part of the retina responsible for seeing fine details. Charles Bonnet Syndrome is a common condition among people with serious vision loss and is characterized by temporary hallucinations. The syndrome is not a mental illness, nor is it a symptom of dementia or any other disease. Rather, it is a condition specifically related to vision loss. Although the condition is common, awareness about it is limited, a knowledge gap that can cause confusion among those experiencing and diagnosing it. People with the condition often do not disclose their symptoms to family, friends, or their physician because they fear that their symptoms will be misdiagnosed as a mental health issue. In “Torching the Dusties,” an elderly woman named Wilma, who has Charles Bonnet Syndrome, experiences hallucinations of colourfully dressed, miniature people she calls “Chuckies.”

Project lead, Marlene Goldman, will be partnering with Dr. Jennifer Steeves, director of the MRI Facility at York University’s Centre for Vision. Endorsements and in-kind and monetary support have already come from the Canadian National Institute for the Blind, York University’s Centre for Research on Vision, the Baycrest Health Sciences research centre on gerontology and hospital for the elderly, and the Ophthalmology and Vision Sciences centre at St. Michael’s Hospital. Jessica Watkin, a PhD student in the Department of Theatre and Performing Arts at the University of Toronto, who is also a consultant affiliated with the CNIB, will work as an advisor for the film. Jessica, who is legally blind, will ensure that the film remains accessible to people with vision loss through the use of such technologies as audio-description.

The film will be used to raise awareness about Age-related Macular Degeneration and Charles Bonnet Syndrome, lessen the shame and stigma associated with the diseases, and encourage increased patient engagement in consultation, treatment, and research. Goldman engages in arts-based research, specifically filmmaking, because she wants to garner the broadest possible audience for her research on the stigma and shame that attend age-related challenges, including neurodegenerative diseases such as Alzheimer’s and Parkinson’s diseases. As Diana Petrarca and Janette Hughes — two professors who have turned to filmmaking to enhance research knowledge transmission — explain:

“Academic research is typically written in a style and for venues that remain largely inaccessible by the general public and even by the practitioners who might benefit from it.”

Citing Corrine Glesne, they suggest that to make research accessible “to others beyond the academic community… means creating in forms that others will want to read, watch, or listen to, feel and learn from the representations” such as “drama, poetry, and narrative” (Glesne 262, 245).

For information about talks and upcoming screenings of Goldman’s films about aging and age-related illnesses, please visit: marlenegoldman.ca

The Canadian National Institute for the Bling (CNIB);

Office of the Vice-Principal of Research, UTSC;

Marlene Goldman received the Canadian National Institute for the Blind’s Barbara Tuck-MacPhee Award for her work connected to the film adaptation of Margaret Atwood’s short story Torching the Dusties, which focuses on Charles Bonnet Syndrome.

The $25,000 grant supports researchers in the field of macular degeneration, and Marlene is the first arts-based researcher to receive this honour. Find more information about the award here.

On August 6, 7, and 9, Marlene Goldman and her crew shot “Torching the Dusties” in Toronto, Ontario. This short film stars Eric Peterson (from Corner Gas) and Clare Coulter (most recently from Lear at Toronto’s Harbourfront Theatre).

Stills below are from Robin Cymbaly Photography. 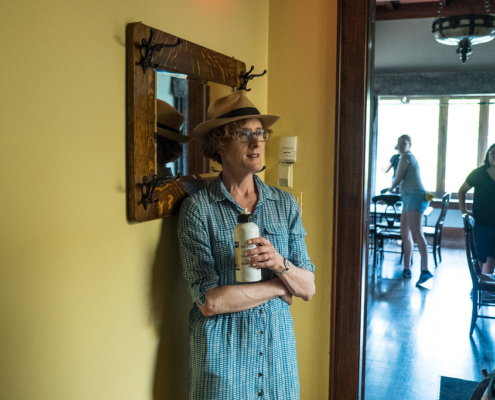 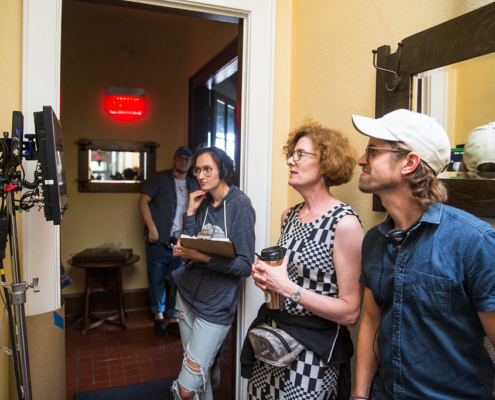 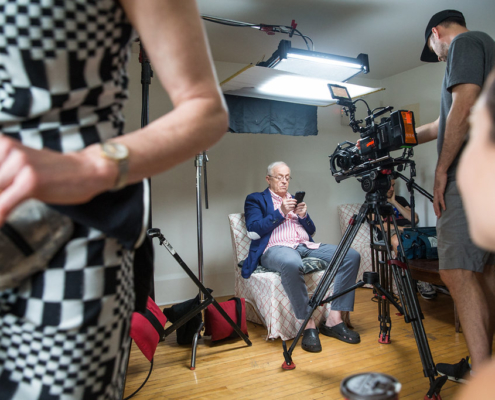 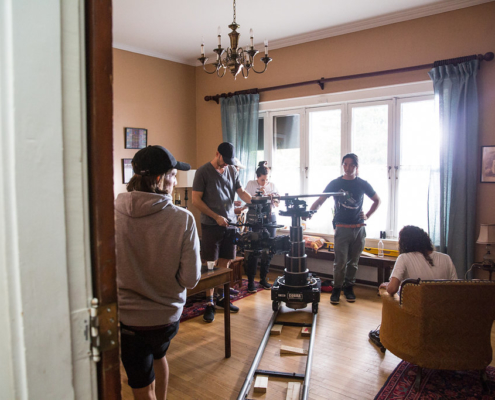 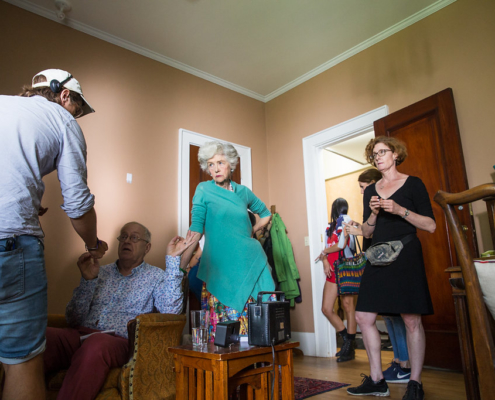 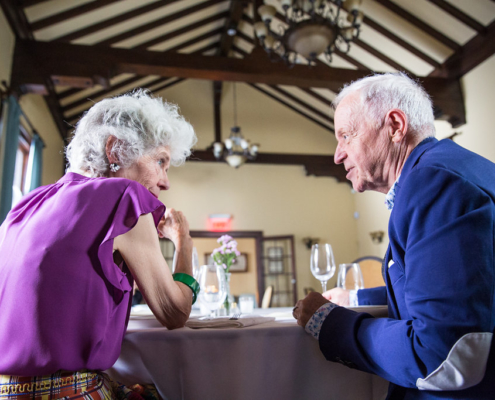 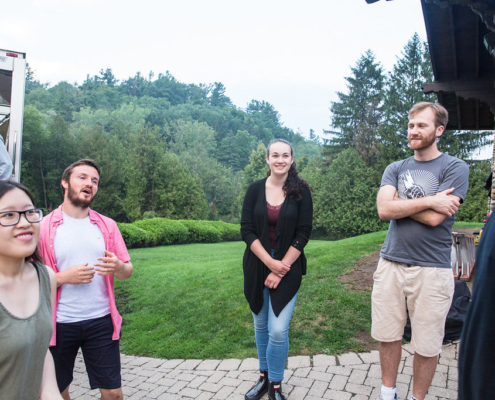 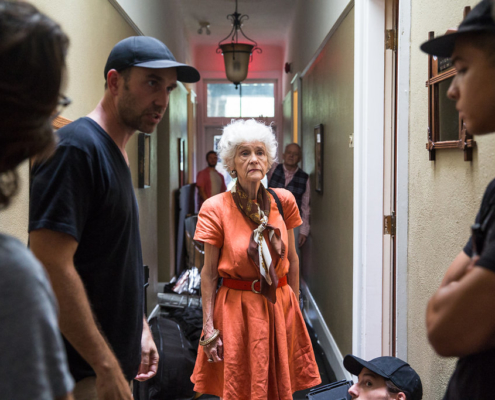 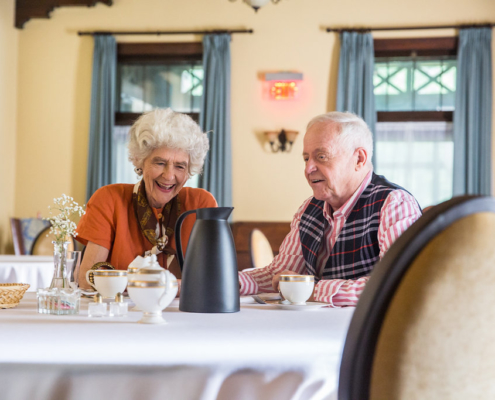 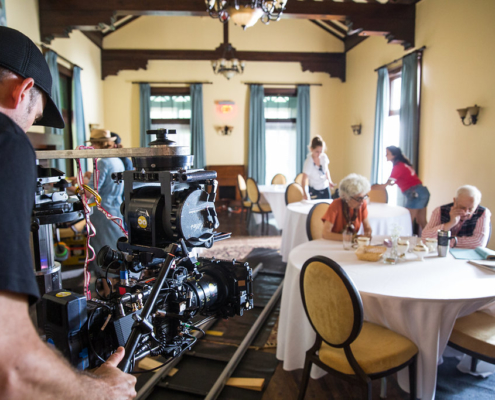 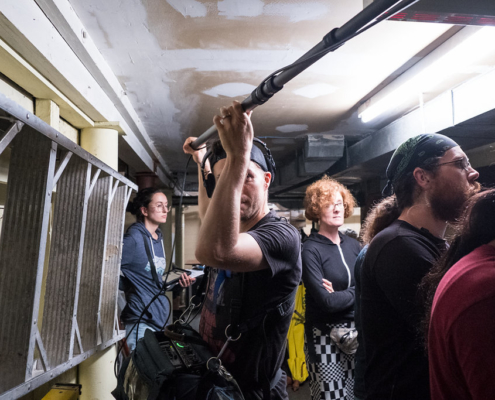 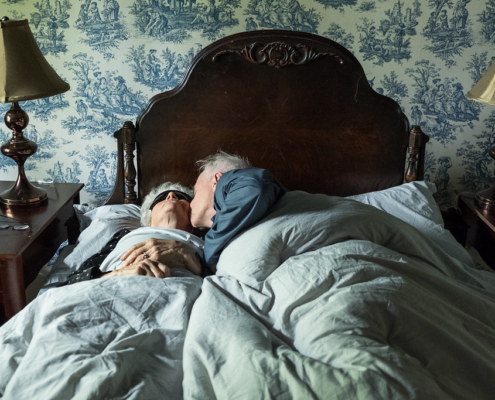 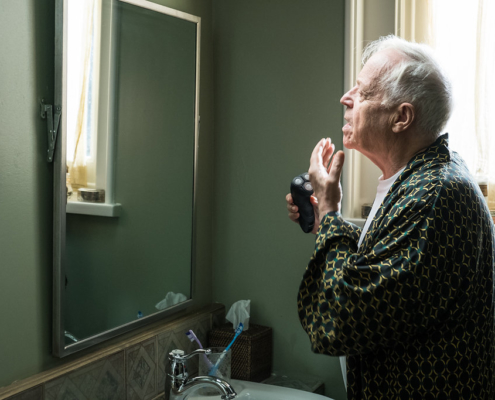 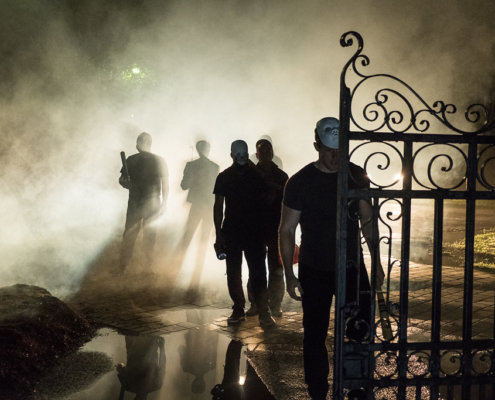 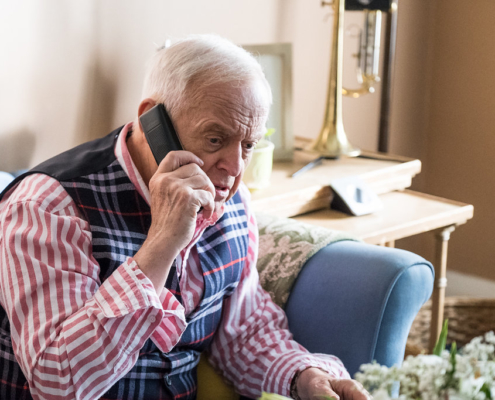 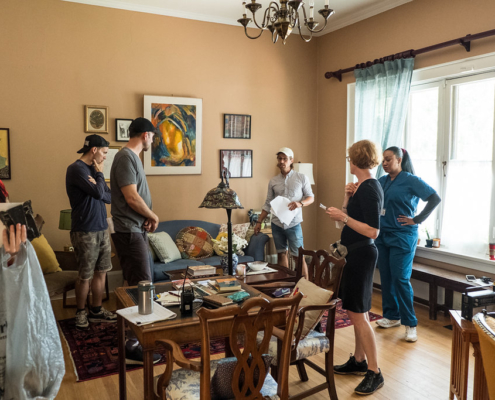 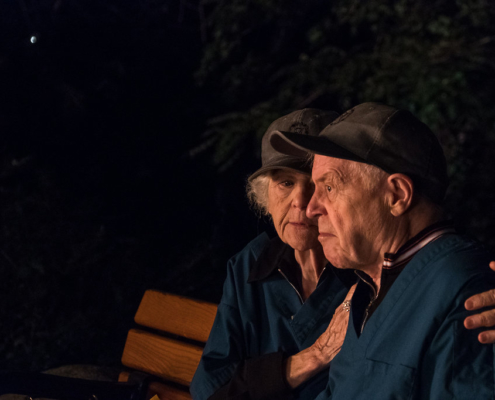 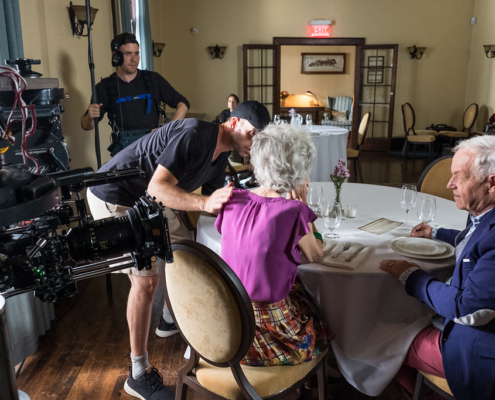 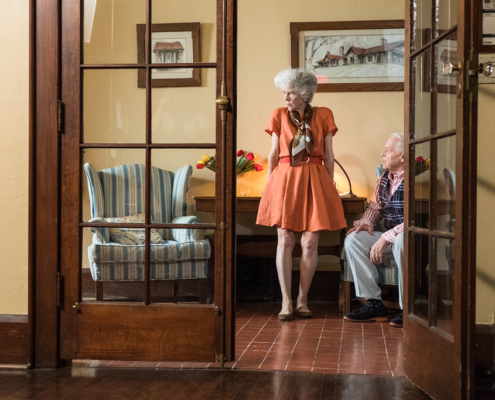 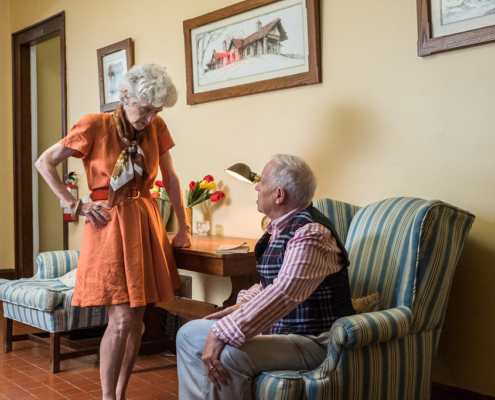 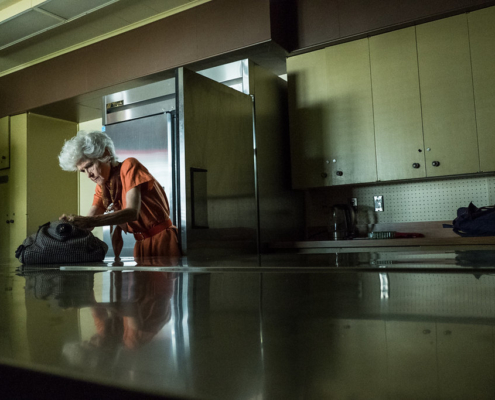 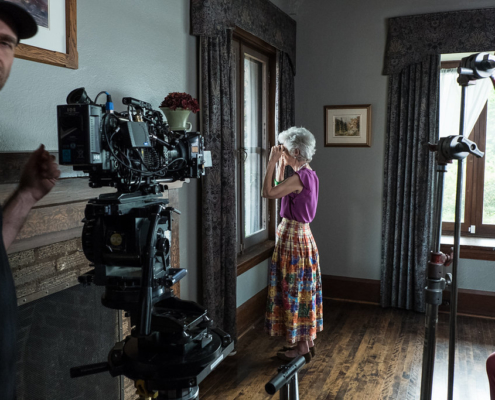 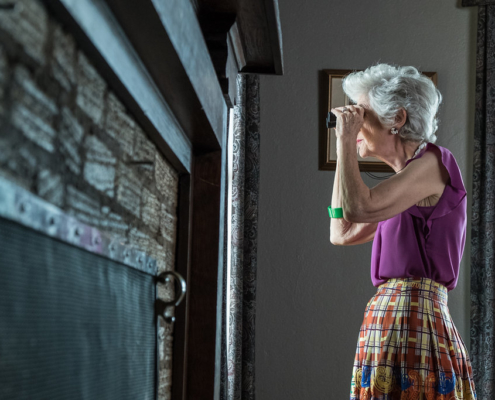 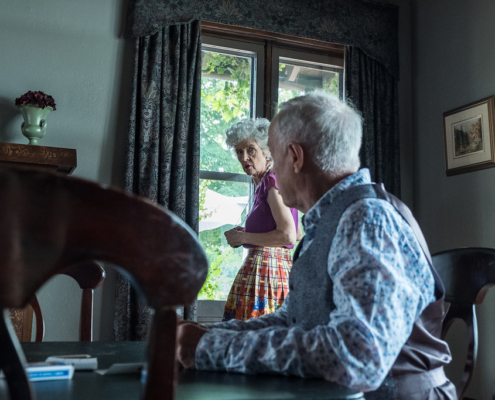 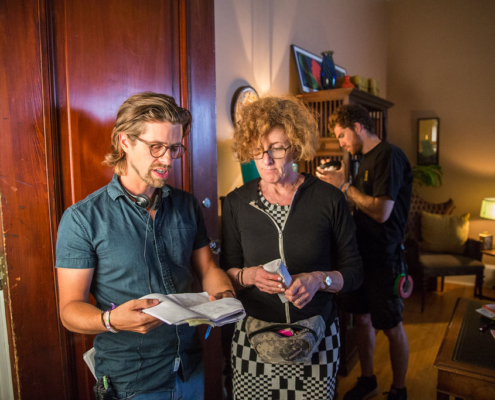 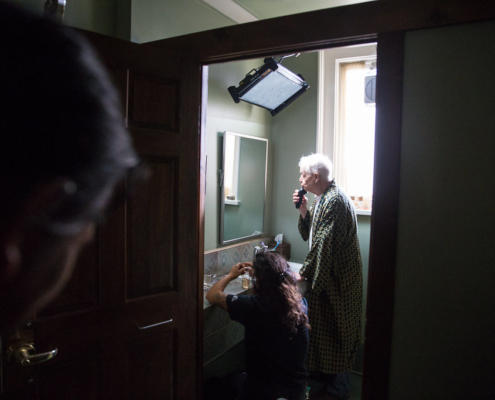 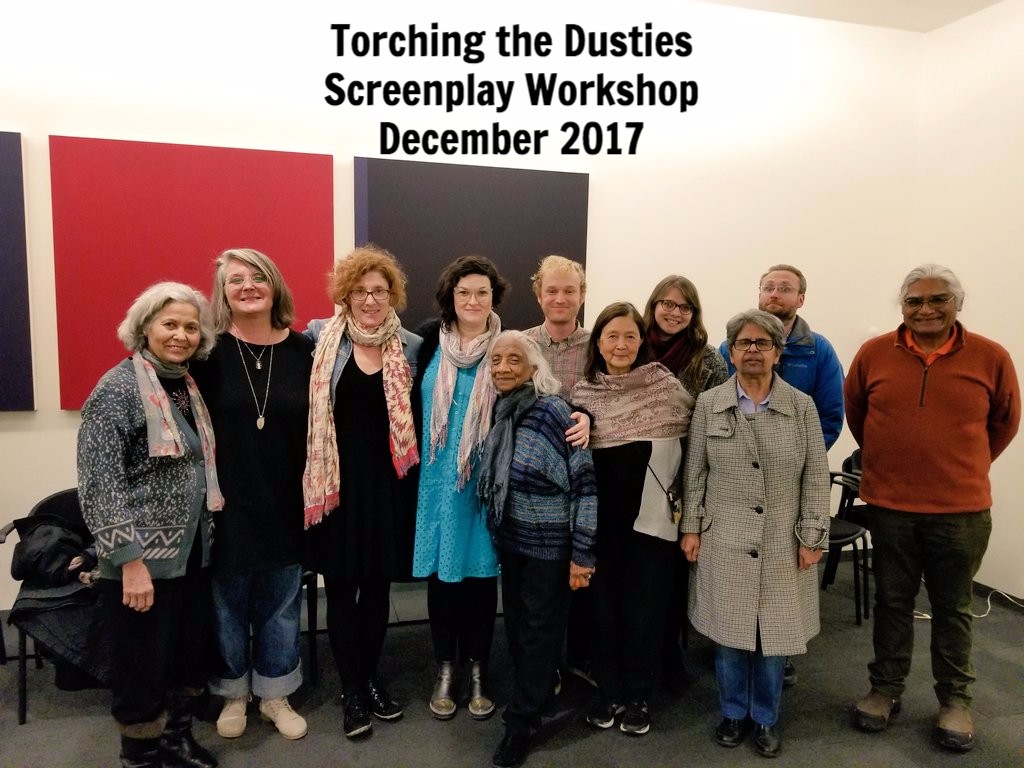