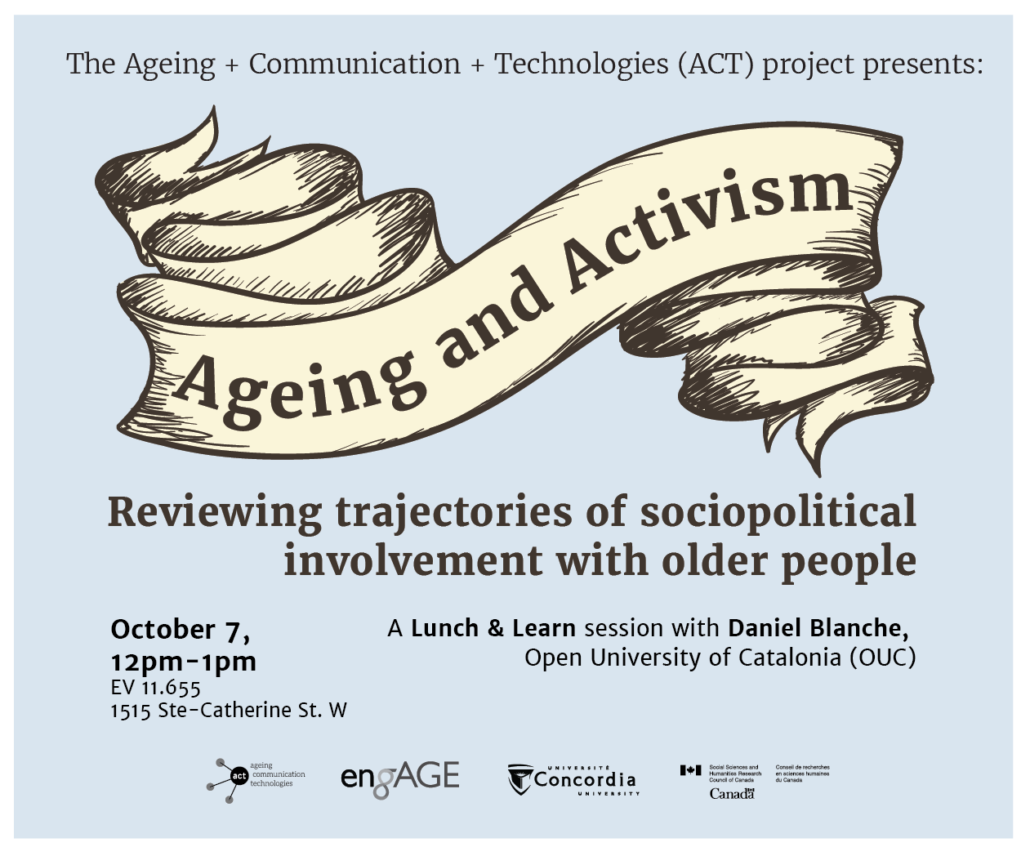 Join us on October 7 for a lunch-and-learn session with Daniel Blanche, who is visiting Concordia University from the Open University of Catalonia.

Most people associate activism as the domain of youth, even though many older people have been involved in activism for much longer than their younger counterparts. Sociopolitical activism comes in many forms, and it is not always a uniform activity throughout life. Some people become involved since a very young age, others are more or less involved at different moments of their lives, while others engage in activism in later stages of life.

In this session, Blanche explores how political activism in later life has been approached by scholars, how older activists have practiced it throughout their lives, and how different aspects have played a role in their involvement. He will show some preliminary results of his ongoing Ph.D. research with older activists in Montreal.