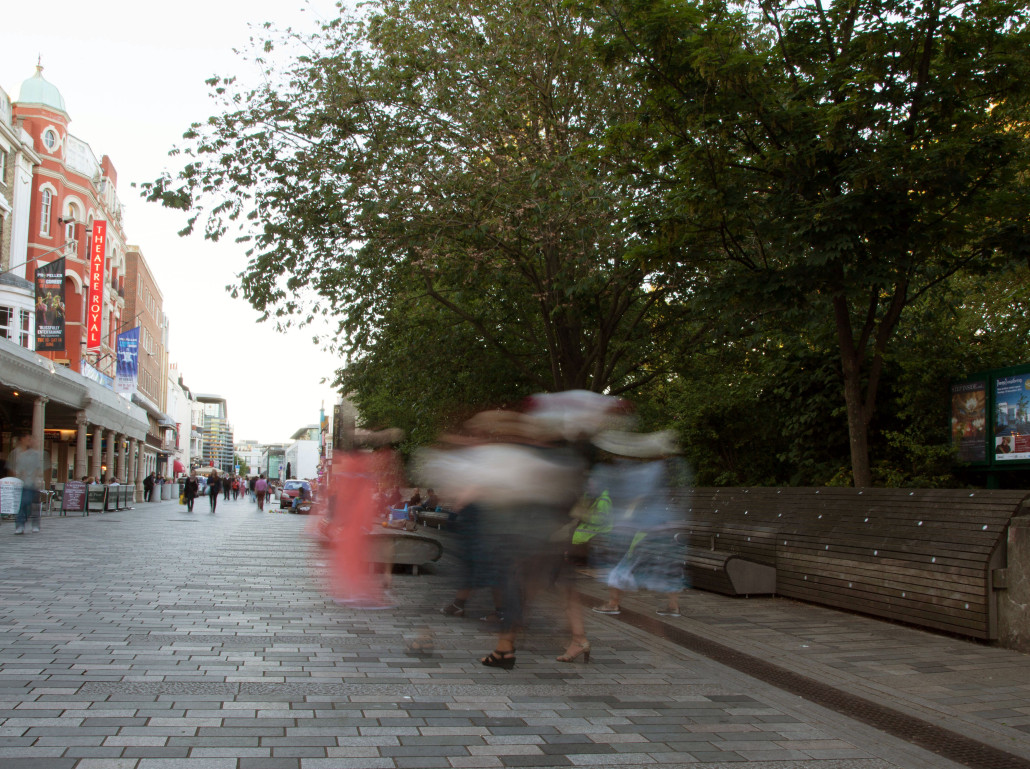 This project explores how digital practices – according to generation – produce mobilities in city spaces. The research is premised on understanding the negotiation of visible and invisible difference in mobile spaces of the city, as a factor that determines the lived experience of these spaces for people of all ages (Amin 2002: Valentine 2008, Vanderbeck 2007). The ‘mobile’ spaces of cities, including its streets and pavements (sidewalks) can be particularly contested and marginalizing spaces where street design can be enabling or disabling for those who move at different velocities- including those who are older. Increasingly, these spaces are negotiated digitally: they are at the interface of the materialities of the built environment, communication technologies, and the bodies who use those devices.

The pilot research took place in July and August 2015 comparing mobile street spaces in three cities in three continents: Brighton, UK, Montreal, Canada and Santiago, Chile. We asked ‘How are social and material interactions in designed spaces mediated by communication technologies?’ Each of the three spaces incorporated design features aimed at enhancing city experiences for people with a range of social characteristics. Our focus initially was on inequalities according to generation and intergenerational activities within these spaces. However, we found that gender was also an important factor in determining the ways in which the spaces were mediated.

The methodology was based on a comparative approach that follows on from the ‘bench study’ method adopted in a previous similar study (Murray and Robertson 2016). This focuses ethnographically on a bench in public mobile space – so as to acknowledge the settlement or relative immobility, as well as movement. The bench is observed, interactions are audio-visually recorded and people on the bench are interviewed. The emphasis, in this pilot study was on the comparative aspects of the research, hence we developed the ‘comparative mobilities’ method (Murray, Sawchuk and Jiron 2016) producing an initial set of data that revealed the ways in which different people use digital technologies in particular urban environments, the places in which they are encouraged, through particular design features, to linger. The philosophies and mechanisms of comparative research are often overlooked in studies such as this – we are under pressure to compare but not necessarily to reflect on the processes of comparison. One of the key aims, therefore, as well as producing knowledge on the digital practices of the mobile spaces – walking, talking, chatting, jumping, running, skateboarding, performing, eating, photographing etc. – was to develop a comparative strategy for the synthesis and analysis of the data collected across all three cities.