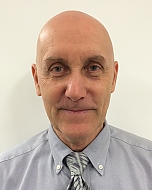 Professor Thwaites holds degrees in Communication Arts (Communication Studies) and Educational Technology (Concordia University) in addition to a professional 10-year background as an Associate Producer in Children’s television (1974-1984) at the Canadian Broadcasting Corporation (240 half hour children’s shows). Originally from Montreal Canada, he taught at Concordia University for 31 years as a tenured member of the Communication Studies Department from 1977 until his early retirement in 2008.

In Malaysia he was Dean of the Faculty of Creative Multimedia (FCM) at Multimedia University, Cyberjaya Malaysia from 2006 to 2012. From 2012-2015 he was Consultant Professor at University of Malaya and Director of the Centre for Creative Content and Digital Innovation. Currently he is Professor and Dean of the Faculty of Arts at Sunway University. At Sunway University his current projects include Head of the newly established Centre for Research-Creation in Digital Media (CRCDM), the international multi-partnership project “Atlas of Maritime Buddhism”, the “handbook Project” with Concordia University in Montreal, and the CRCDM Hainan Boatbuilder of Pangkor Island, exploring the digital preservation of Malaysian cultural heritage, museum experiences for the cultural imaginary, and chairing the 2016 International Conference of Virtual Systems and Multimedia, VSMM. Professor Thwaites has received research funding in Malaysia totalling RM1,884,360 between 2006-2016. He continues to share his experience and passion to innovate new projects and fields of research, with staff and students in Malaysia.