The ACT Project engages with research that often involves the consultation of statistical data about demographic trends, contextual information, and the spread, access, and use of ICT. In order to make the search of data easier and faster, we have come up with a series of fact sheets that summarize the information that researchers may be interested in knowing. These fact sheets contain several indicators from the demographic field –e.g., total population by sex, population over 60 years old, living in urban/rural areas, median age of the population, life expectancy at birth–, aspects of ageing –pension coverage, physical safety, employment rate of older people, relative mental well-being–, contextual data of the country –GDP per capita, Gini coefficient–, and ICT –proportion of internet subscriptions, mobile and fixed telephone subscriptions, use of technologies among households and individuals, among others. In addition, these documents cover these statistical data for ten particular countries, countries of different regions of the world that reflect the places where the ACT Project has presence, thus far.

The sources used in the compilation of data come mostly from internationally renowned organizations, such as the UN, WHO, ITU, or the World Bank; as well as from other institutions that engage in international studies. These sources arrange data in a standardized way which allows for the comparability of figures across time and countries. Since statistical figures are changing frequently, further versions of these fact sheets will be made upon the availability of updates in these indicators. This implies an accumulation of statistical summaries in an organized and systematic manner that could be useful for retrieval of past data. As a final point, these fact sheets are intended to be useful and helpful to researchers of the ACT Project, as well as to other researchers and the general public interested in facts and figures of ageing and ICT. To this end, the vocabulary, arrangement and presentation of the data is done in a way that allows ease of comprehension for people unfamiliar with this information –a glossary has been included to better understand the meaning of each indicator. We hope these documents will help improve the accessibility and comprehensiveness of statistical data about ageing and ICT in general. 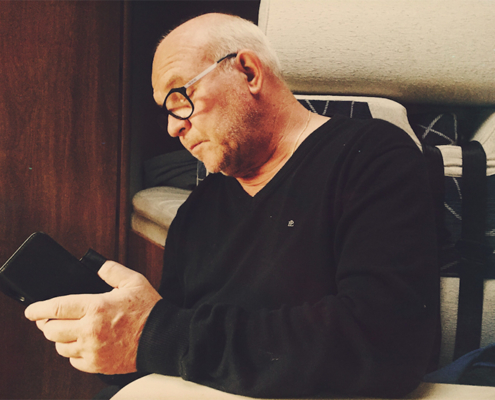